Social media in its many forms – Twitter, Facebook, Snapchat, Instagram and the ubiquitous text and messaging systems, have shown exponential – and, for those who devised this media, profitable – growth. Their use has been seized upon by young people who have quickly made the media the preferred forms of communication between individuals and groups. In many cases it is the only way information is shared and ideas generated. Increasingly it has replaced research as the means of knowledge acquisition with a risk that inaccuracies are replacing facts as the basis of understanding, potentially leading to decisions being made on the basis of incorrect data and ill-formed assumptions. There is a real risk that time is being absorbed by social media, eroding the quality time required for thought and considered decision-making. We need to regain that time and use it effectively! 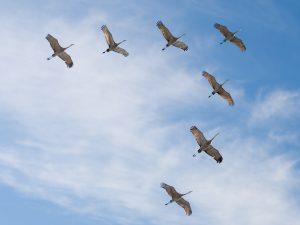 Used in its intended way – as a means of social interaction – this media has many advantages. What we are now seeing however is the use of social media entering the work place and starting to replace interaction between people in business engagements, discussions and negotiations. It is influencing how people think, communicate, gain information and make decisions. The advent of the email heralded a slide towards almost instant decision-making, often with minimal thought, an ability to criticise without fear of confrontation and a reduction in the competence to think about and manage risk. Lack of personal interaction and the relative anonymity afforded by the digital world is creating a culture of risk avoidance – an unintended consequence with risk management becoming a diminishing skill.

Social media in business potentially is accelerating the speed of this slide and without effective communication policies in business organisations there is a real risk to effective leadership in the digital age. The influence on leadership can be corrosive as strong leadership is reliant on many connected factors involving engagement with people and teams in an open way, where empathy with and understanding of people is vital.

There is research which consistently demonstrates that the use of social media ‘instant communications’ is having a negative impact on attention span – which is rapidly diminishing – not a good trait in current or aspiring leaders. There is a risk that as attention span shrinks, so does a leader’s ability to plan, to envisage and to create the conditions for long term growth as there is too much focus on ‘right now’, or the next 140 characters in Twitter speak.

There is no substitute for a leader at any level being able to connect with the people in the organisation. People and the skills they possess are the life-blood of the business and deserve the encouragement, attention and inspiration that comes from a leader who really understands them and devotes time to them. In my many years experience of leadership I have come to view it as an affair of the heart – morale and motivation stem from the heart. As a leader, you are there to provide for the needs of your people, equipping them properly to do the jobs required of them. Leading is not simply about directing. It is about providing for all the needs complex human beings have and moulding them to be successful in their appointed roles. Being wedded slavishly to digital social media and technology can rip the soul out of an organisation.

Business leaders can easily be swayed by technology and persuaded to buy the latest suite of digital tools in the assumption that it will propel them into the lead. The leaders in our increasingly digital world need the certainty of confident, informed decision making if they are to make decisions for the right reasons, not beguiled by the increasing number of technologies being pushed towards them. I won’t attempt to enter the world of cyber security but social media used indiscriminately opens the door to those intent on disruption, damage and data theft. Cyber attack, whether passive or active is extremely business limiting.

There is a solution – and it is clear and straight forward to implement. Social media has its place:

• Communicating internal good news about success so that it reaches the widest possible audience as rapidly as possible.

• Sharing thoughts and ideas on issues of team or group interest.

• As part of a coordinated, targeted but controlled marketing plan to create more depth, breadth and ‘reach’ in selected markets.

The key point here is that it should be controlled and accountable to avoid what we see increasingly as policy making on the run which leads to inaccuracies, confrontation and ultimately reduction in confidence. The unfiltered mechanism of social media doesn’t hold people accountable for reporting accurate facts. There is a damaging lack of accountability for sharing the truth – or otherwise. Bolstered by the anonymity of social media, not only is trolling on the rise but the telling of untruths – lies – is an increasing characteristic of this unregulated media. We are rapidly approaching the situation where social media comments can no longer be believed. The negative impact this can have on leadership is obvious.

We live in an increasingly complex world and digitisation should be helping not hindering us in our search to simplify our environment. Strong leadership is essential for a business to flourish and succeed in this world. The degree of complexity is growing as the connected, digital economy takes hold across the commercial ecosystem. Data is fast becoming a key business asset, ranking alongside people, operational culture and financial dexterity as elements essential to growth, profitability and competitiveness. In addition, in today’s complex and diverse commercial environment, companies which are not in tune with the political and economic nuances of the landscape invariably fail. No company is immune, whether a large corporate or a small enterprise. Global economic shock does not discriminate. Staying alert to – and where possible – anticipating political and economic change is key but even more relevant is retaining a willingness and desire to transform and change. Strong, intelligent and sympathetic leadership is fundamental to keeping pace with such digitally-inspired transformation.

If we recognise the strengths of the digital revolution and the place of social media in all aspects of our lives – and embrace its advantages whilst understanding the pitfalls of stumbling into it without thought to the consequences – then we will create the balance we need between people, technology and the data which feeds our operating processes. That balance is fundamental to success in the volatile world in which we live and work. It is fundamental to the leadership our people deserve.

Head of Strategic Development at Dassault Systèmes
John is Head of Strategic Development for Northern Europe at Dassault Systèmes. He is a former Major General in the British Army and, since leaving the Army in 1999, he has gained considerable commercial experience in the construction, infrastructure services and IT sectors, operating at both business unit and Board level.