Is the blockchain an eternal hype? Or is it the greatest technological promise of the 21st century? One thing is clear: we are seeing more and more concrete applications, and I don’t mean yet another crypto coin. From container transport to development aid: these examples demonstrate the potential of blockchain technology. 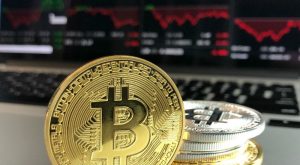 What is blockchain?
A blockchain is a decentralised database in which all kinds of transactions and ownership are registered. Everyone in the network owns a copy of this general ledger, and each user can see and approve transactions. Block chain technology hereby makes transactions fully traceable and verifiable, which enhances transparency.

Blockchain often leads to hefty discussions in IT circles. Sceptics, for instance, point out Forrester’s prediction that 90 percent of blockchain projects never leave the experimental phase. Or they might mention Gartner’s research, in which more than three quarters of CIOs indicates that they have no plans with blockchain. These numbers do not give cause for optimism for the future of blockchain.

Though we should not write off the blockchain either, as there is certainly reason for optimism. IDC expects that the worldwide expenditure on blockchain technology is annually increasing by more than 73 percent: from 1.5 billion dollars in 2018 to 11.7 billion dollars by 2022. Nevertheless, the best publicity for blockchain are the success stories in the field. Several examples:

According to IBM, TradeLens on average leads to 40 percent shorter delivery times. After a 12 month beta phase, it became clear in August that over 90 partners have joined the blockchain platform. This number also includes large port companies, shippers, and customs of countries like the Netherlands, Singapore, and Australia.

This solution increases the overview of the entire supply chain. The distribution of medicines and other important goods can be followed and optimised in realtime, so aids and malaria patients do not have to wait for their medication. The project results in an estimated annual cost savings of 2 million dollars.

Similar projects have been set up in other countries. The authorities in the Indian state of Andhra Pradesh have registered over 100,000 pieces of land using blockchain technology. This also creates more transparency and prevents disputes about property rights. Estonia also uses a blockchain cadastre.

If an unauthorised person makes changes to a patient record, this will soon be exposed. The government owns the secure databases containing the medical data. Physicians and scientists can, unless the patient opposes, also use the data for research on a new illness.

It is not fair to dismiss the blockchain as a simple hype. Practice proves otherwise. The technology is still in its preliminary phase, but an increasing number of organisations are already discovering the possibilities. The question is therefore not whether the blockchain will change the world, but how quickly.