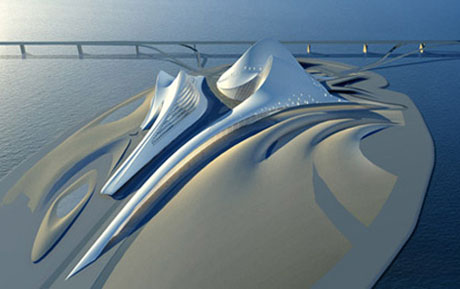 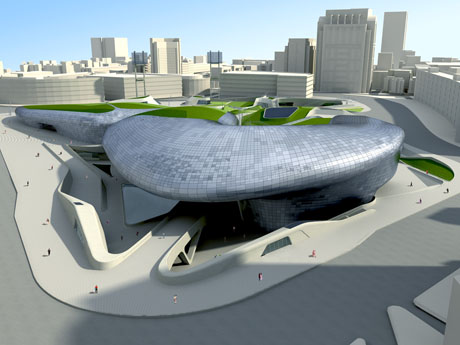 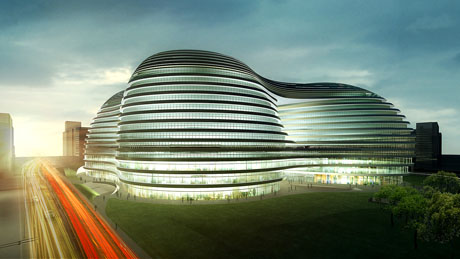 What a passionate life and career.

I’m lucky to have crossed the path of Zaha Hadid early on her way to become one of today’s most acclaimed architects.

Back in the mid-1980’s at the architecture department at the University in Stuttgart, Germany she gave an evening lecture and showed us stunning pictures of her visionary building designs and sculptures. I was there attending the presentation to build my culture and compliment a scientific education I enjoyed during the day.

One of the projects Zaha Hadid presented was her first internationally celebrated work, the 1983 first prize winner with the design of “The Peak”. It’s a luxurious leisure club in Hongkong, where she was quoted referring to it as “architecture as a knife cutting through the site.”

We were all blown away from the boldness of her work – so extremely advanced that until then these projects remained unbuilt images and models, as nobody dared to construct them. 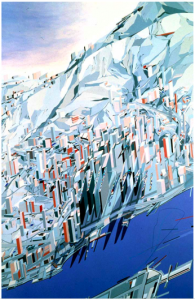 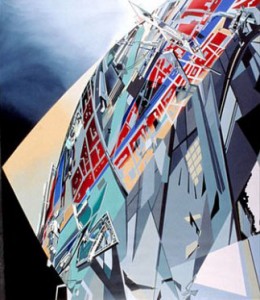 Around 1993 my wife, who’s also an interior architect, brought me along to visit Madame Hadid’s first fully constructed building.

The furniture and design firm Vitra had engaged her to build a fire station as part of a museum and seminar center in Weil am Rhein, close to the country triangle Switzerland, France and Germany. It was so much fun to walk through the building and to experience spaces at extreme angles and curves. I recall that being inside this building lent a particular sentiment far different from the usual 90° feeling in a normal room. I was impressed. 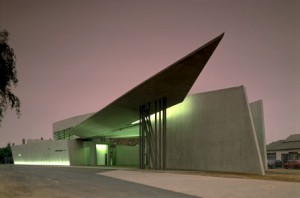 Thereafter I lost track of Zaha Hadid and – poufff – by 2004 she had become the first female recipient of the Pritzker prize and transitioned to an architectural celebrity.

And she is still producing those visionary designs which now are realized into totally impressive buildings – one after the other. Her approach to architecture has been described as the one of a painter who uses computers.

Zaha Hadid Architects (ZHA), her London-based firm, was founded in 1980 and now employs 300 professionals. Their challenge is immense: taking Mme Hadid’s ideas into a reality made of steel, glass, concrete and composite materials, while taking into account physics and engineering constraints, within the economic boundaries of timing, budget and quality control.

You might have seen the recent press announcement about ZHA extending the use of Digital Project (DP). ZHA is using a Building Information Management solution with CATIA as the core design engine from Dassault Systèmes’ partner Gehry Technologies.

What started as just a trial software usage at ZHA (offered by her friend and fellow architect Frank Gehry) to let her team explore the possibilities of 3D design has concluded in their decision to rely on Digital Project as the system to help them managing their extremely complex projects. This includes capturing original designs with extreme curves and surfaces into the CATIA modeler, building 3D assemblies fit for manufacturing, and managing changes efficiently all the way from idea to delivery. 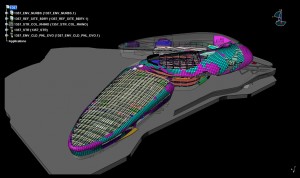 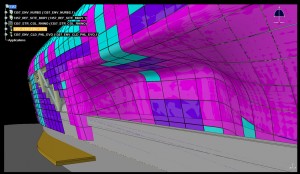 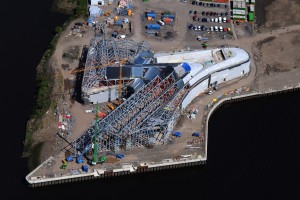 Why is this exciting news?

I believe that ZHA’s commitment confirms the trend that after leading architectural powerhouses such as SOM (e.g. Al-Rajhi Bank Headquarters in Riyadh) and ARUP (e.g. Birds nest Olympic stadium in Beijing) started to rely on DP as an end-to-end solution to support architectural project delivery, now even the explicitly artistic representatives of their genre such as Zaha Hadid select it as master tool and trust it to capture their architectural vision to become reality. Is this the resolution of antagonism between art and technology for architecture?

What do you think is next?

P.S.2.: From the many videos presenting Zaha Hadid’s projects I selected this one

A scientist by education I learned to enjoy more to work with people across cultural hemispheres than in a lab. This is why partnerships and alliances has become my domain of choice. My job at DS is to help our Tech Solution Partners global ecosystem to show how they can contribute their expertise to the global PLM solution and 3D experience. Our partners are experts in their specialties which makes me learn a thing or two every day. I enjoy that too.

Latest posts by Michael (see all)