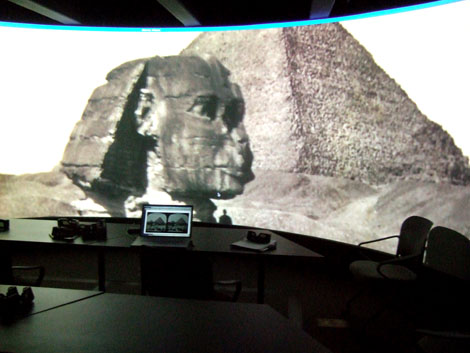 I’m blogging from a hidden part of the Museum of Fine Arts Boston, the underground Giza Archives office.  Sitting around the table is a lot of Giza expertise and passion:  Peter Manuelian, Rus Gant, Jean-Pierre Houdin, two Egyptologist PhD students finishing their dissertations (Nick Picardo and Rachel Aronin), plus the Dassault Systèmes Giza 3D team (Karine, Emmanuel, Fabien, Pierre and Mehdi).  I wish you were here to eavesdrop on the conversation.  And pinch me.

We’ve been going nonstop since landing in Boston, so if I’m going to publish a post, it’s got to be during this meeting.  I may slip in some quotes in between this article so we don’t miss anything going on in parallel. 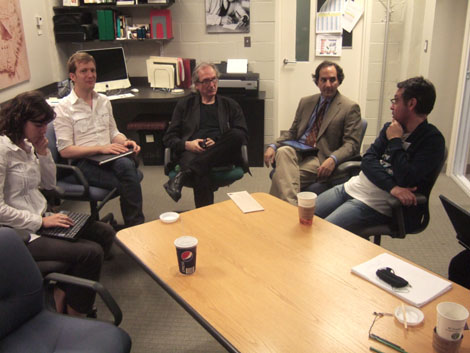 “So how many priests do you think were in the pyramid on the funeral day?” Peter

This morning we went to Harvard’s geology department facilities to test some pretty special content on their immersive curved stereoscopic screen.  Three-dimensional photos of the Giza plateau may not seem exotic to you.  But what if I told you they are photos that were taken over 100 years ago!  In 3D.  Over 100 years ago!

So you think you’re cutting edge with your new 3D camera or TV?  NOT!

What drove the 3D photography industry back in the day was what Rus called Parlor Tourism.  Imagine you’re a wealthy society lady and have the opportunity to invite your tea time buddies over for a special 3D photography viewing of The Great Pyramids.  Oh my, how exotic, Evelyn! 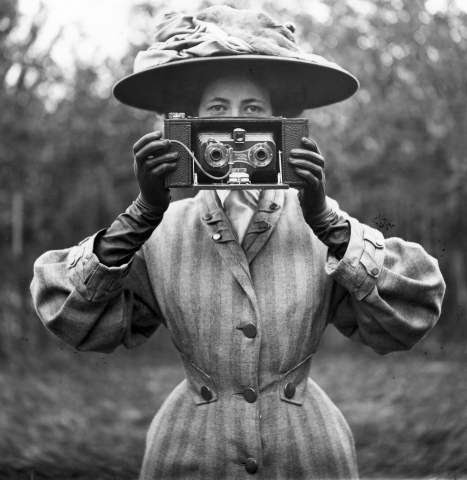 Between the years 1840 and 1910, MILLIONS of these 3D photos were taken.  Rus, who’s in charge of the The Giza Archives Project’s visualization and technological elements, is starting by looking through a mere thousand.  And this morning we saw his top picks.

What makes a top pick and why is this relevant to Giza 3D?  Giza changes all the time.  There are many mysteries that remain to be solved.  And clues from the past, whether they are the position of rocks, or passage ways that have since been covered by modern construction, are new elements to the Giza puzzle.

Now imagine going to Giza and taking the same 1840-1910 three-dimensional photographs . . . from the exact same places and angles.  And then imagine merging the old with the new so you can see the evolution in an artistic historic mash-up.

I won’t go on because there’s a lot more to say.  Stay tuned for another episode soon.

“There is something very strange also.” Jean-Pierre Houdin

I will say that I’m now ready to go back to school.  Yah think Hahvahd would accept me?  Egypt is calling . . .