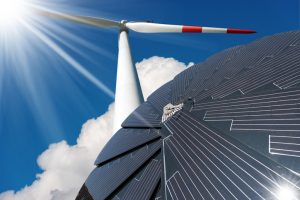 As renewable energy projects multiply, and with momentum expected to accelerate thanks to the Paris Agreement on climate change, advances in modeling and simulation are improving site selection in order to maximize the return on investment.

A flood of new, mostly small entrants are providing simulations using meteorological parameters to compile detailed information about solar irradiation and wind conditions. “It’s relatively new. It’s disrupting the market,” says Nicolas Fichaux, senior program officer at the International Renewable Energy Agency (IRENA), the global intergovernmental organization for renewable energy, based in Abu Dhabi. “If you’re on a remote island in the Pacific, you can contact a private company and, for a couple of thousand dollars or euros, buy data about how much solar or wind power you have in a specific location. It will give you a good overview on the site quality. If you move ahead, you will combine it with local measurements to develop a bankable project.”

IRENA helps governments looking for the best sites for renewable energy projects. Considerations include not only the amount of sun or wind, but also topography, environmental factors and the distance to grid connections and population centers.

“We can help a government to select the combination of technology and area where energy will be the most cost effective,” Dr. Fichaux says. “We can say, ‘If you develop this cluster, this is the price of electricity you could expect, depending on the cost of capital.’ We can also test policies—for a given tariff, we can assess whether the returns will be fair. We can do this for every square kilometer on the globe. Three years ago, nobody could do that.”

The models use decades of public data from satellites, as well as other information, such as aircraft data and detailed mapping. 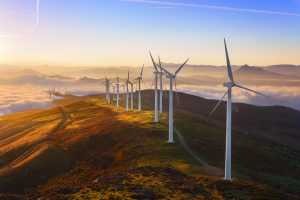 “We take the initial conditions—the larger-scale portrait of the atmosphere—and we improve the resolution and have more details of the flow characteristics,” says Gil Lizcano, Brussels-based director of research and development at Vortex, a cloud-based wind-modeling company headquartered in Barcelona. “We make meteorological models with very high resolutions of 100 square meters. You need to compute with high resolution to distinguish areas within a wind-farm domain.”

Clients may be project developers, manufacturers, governments or other entities. Locations may be greenfields—for example, a government wants to know the best places in a country for wind farms—or microsites, where the locations have already been chosen and the question is how to distribute the turbines for maximum effect, including their spacing and height. Technical advances have increased turbine capacity, blade length and tower height.

“Now modern turbines are 80 to 120 meters, even higher,” Mr. Lizcano says. “This 40 meters can make a lot of difference. Wind increases with height, and we need to know how much.”

Turbulence is another factor, reducing machine performance and lifespan; stronger machines are available but more expensive, and the client needs to know whether they’re necessary and worth the investment, he says.

Similarly for solar irradiation, the SoDa service combines a database of images taken every 15 minutes for 12 years by the Meteosat satellites with geographic data, such as altitude and land cover, to show where solar irradiation is high or low, with a resolution of a square kilometer. “On the scale of a country, this is very precise,” says Etienne Wey, general manager of Transvalor Innovation, which operates SoDa and is part of Transvalor SA, a Mougins, France, company that works closely on research with the Mines ParisTech engineering school. 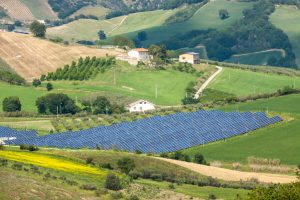 Steep slopes, forests, swamps and farms aren’t ideal for solar plants; neither are places that might be very sunny but are far from population centers. “We use techniques of exclusion to filter the area with other data, then rank the site based not only on solar irradiation but also on, say, the distance to an electrical sourcepoint, because it has to plug into the network, or availability of water for cleaning mirrors if it’s concentrated solar power. Then we make a map with the ranking,” Dr. Wey says.

“What we have added are tools where you click on a point on a map and we will give the amount of photovoltaic production you can have at any place. Also, how much hot water you can create if you put in so many square meters of solar hot-water collectors,” he says. “We are trying to polish our crystal ball.”

For a successful integration of renewables in the electrical network, a key element will be the ESS – Energy Storage Systems. Such systems – commonly called batteries – will ensure a minimum level of energy availability as well as a good level of energy quality. Whereas only around 2 GW is installed today, IRENA estimates that the world needs 150 GW of battery storage to meet the desired target of 45% of power generated from renewable sources by 2030.

Once sites are narrowed down, customers need to complement the satellite data with measurements taken on the ground. “The amount of radiation over a year could have an error of 3%-5%,” Dr. Wey says. “On a global scale it’s not much, but as competitive bids for solar plants are more precise and cheaper, missing a prediction by 2%-3% could mean losing money. The ground measurements correct any bias in the satellite data.”

Other companies are creating prediction software to forecast the output of a photovoltaic farm or wind farm over the next three, six or nine hours, so the operators can bid on electricity markets and maximize revenues, Dr. Fichaux of IRENA says.

“There is a global understanding that there is a lot to be done on renewable energy,” he says. “We’re ready to move, but we need to estimate how big it will be, how much it will cost and how it will take place. It’s creating a boom in detailed modeling.”