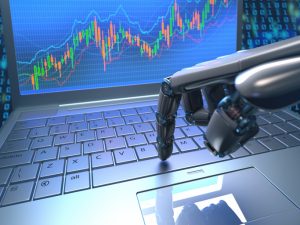 Advances in artificial intelligence, machine learning and robotics are taking over jobs that are repetitive, predictable and sometimes dangerous for people to do. The impact of automation on society depends on how fast it occurs—and how quickly displaced workers transition to other forms of employment.

“What most people don’t realize is the labor market has always evolved over time. Recent advances in artificial intelligence have the potential to accelerate the rate of change,” says Jerry Kaplan, futurist and author of the book “Artificial Intelligence: What Everyone Needs to Know.”

“There will be plenty of work,” he adds. “Many jobs cannot be automated with new technology. As we become wealthier, the demand for jobs increases as people spend more money.”

A 2013 study estimates that computerization puts 47% of total U.S. employment at risk. A survey by the World Economic Forum earlier this year estimates that automation will cause a net loss of more than five million jobs globally between 2015 and 2020, out of the 13.5 million the surveyed companies currently employ. A canvassing of experts by the Pew Research Center found that about 48% expect significant displacement of workers from automation by 2025, with the other 52% expecting that technology creates more jobs than it displaces.

“My view is that there is ultimately going to be less work,” says Martin Ford, futurist and author of the book “Rise of the Robots: Technology and the Threat of a Jobless Future.”

A lot of jobs—maybe half the jobs out there—are doing things that are predictable,“ Ford adds. “It doesn’t matter what industry you’re in or even the skill level.”

A radiologist must go through years of extensive schooling, but mostly does routine work that increasingly is being aided by computers, he says. Software can generate news stories and can translate spoken language in real time. 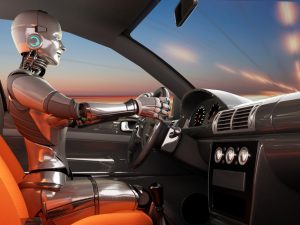 However, many of the jobs ripe for automation are low-skilled jobs, from driving to coffee-making to burger-flipping, Mr. Ford says, perhaps not entirely replacing them but greatly reducing their number.

“Technology will create jobs, but will the person driving a taxi be able to do that job? In many cases, the answer will be no,” he says.

Retraining programs and geographic mobility will be key to helping people whose work has become obsolete to change professions, Mr. Kaplan says, adding, “We need to align our social policies with the economic realities.”

These changes have happened before. Forty or 50 years ago, more than a million people, mostly women, worked as telephone operators; today, that occupation employs less than one-twentieth of that number. “Do we lament the loss of those jobs?” Mr. Kaplan asks.

New jobs will arise as we create new wants and needs that we can’t even imagine now, Mr. Kaplan says.

“Historically, average U.S. household income doubles every 40 years, but our desires and expectations for our standard of living rise at the same rate,” he says. “If you wanted to live like somebody in 1900 you could probably be fine working 15 hours a week. Today most people would like to have a TV and indoor plumbing, so we work longer and harder to increase our standard of living. It’s more about our expectations and desires than some hard-and-fast rule of economics.” 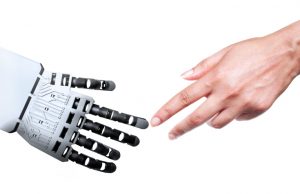 The World Economic Forum’s survey of employers found the greatest expectation for demand in computer and mathematical jobs, with a 3.21% compound annual growth rate from 2015 to 2020, followed by architecture and engineering, with 2.71% expected growth. Office and administrative jobs, however, are expected to contract 4.91%, worse than the 1.63% decline in manufacturing and production employment, among respondents. The Organization for Economic Cooperation and Development (OECD) looks by country at the percentage of jobs with high potential for automation or significant change in tasks.

Automation is here to stay. “It’s integral to capitalism,” Mr. Ford says. “There’s this huge incentive to become more efficient. If your competitors do it, you do the same thing or you’re quickly going to be irrelevant. Artificial intelligence and machine learning are the biggest things happening right now, and pretty soon all companies will have to incorporate them.”