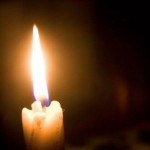 My first thought was the lights were out due to a storm, an accident, or a fire. But there was no evidence of any such calamity. Then I remembered that, to save money, my town of Plainville, Massachusetts was planning to turn-off the street lights. Apparently, tonight was the night for a majority of the lights to be turned-off. The town’s action reminded me of mother always saying, “Shut off the lights, you’re causing our electricity bill to get out of control”.

As a kid – I thought electricity was magic and endless, and I certainly thought it was free! I finally realized that electricity was not free when I received the first bill that I had to pay on my own.  Electricity is so pervasive, especially in developed countries, that most of us take it for granted, and maybe just a bit magical, until we find our streetlights turned off, or experience a multi-day power outage like I did after the Loma Prieta earthquake in California in 1989 and again in 2003 during the major Northeast blackout.

Electricity, as most of us know, is produced in a variety of ways. While Nuclear generated power gets a lot of attention, according to the U.S. Department of Energy, it only produces about 20 percent of the electricity in the United States. More than half of the U.S. electricity comes from burning coal. The remainder is produced through hydroelectric, or natural gas and even smaller amounts are created by wind and solar power systems.

Energy discussions can quickly devolve into controversy. I plan to leave the eco-political debates to others and focus a series of blog posts on the innovative use of realistic simulation to improve the efficiency and safety of energy creation and exploration.

From the onset of the civilian nuclear power era, there has been a strong awareness of the importance of safety. Originally designed for 30- to 40-year operating lives, the systems, structures, and components of nuclear plants  simply wear out, corrode, or degrade. Identifying and correcting such issues can extend the operating license of a plant by several decades, which is why the upgrading of older facilities is now a major focus of nuclear regulatory bodies and plant operators.

Recently, my team had the privilege of interviewing Wolfgang Hienstorfer, head of the department of structural analysis at TÜV SÜD ET, a leading global technical service corporation, located in Filderstadt, Germany.  “The structural integrity and operational management of nuclear facilities must be secured far into the future — whatever the type or age of the plant’,” stated Mr. Heinstorfer”. His team at TÜV independently tests, inspects, and certifies nuclear facilities for licensing by the German government.

Abaqus eanables the engineers to analyze stress loads over a wide range of scenarios such as rapidtemperature and/or pressure changes, earthquakes, and radiation embrittlement. The software analyzes everything from key mechanical components —including pumps, piping systems, vessels, supports, and tanks — to fuel assemblies, building structures, and lifting devices such as cranes.

Hienstorfer sees FEA as having an integral role to play in both operational evaluation and ongoing monitoring of nuclear facilities to assist in complying with regulations. “We depend on FEA for computer modeling and virtual testing of reactor pipelines, vessels, and materials under extremes of stress and time,” he says.  “It definitely provides guidance to engineers to build both safety and longevity into their nuclear power plant designs.”

Read the complete TUV case study online at Power Magazine or you can download a PDF of the story from SIMULIA’s INSIGHT Magazine.

Do you think engineers can continue to make Nuclear Energy safe?

What do you think of my town’s decision to save money by turning off the streetlights? (Maybe they should have positioned it as a ‘Green Initiative’?).

Check back soon or subscribe to 3D Perspectives for additional posts on Energy and Realistic Simulation.

Enjoy the magjic of electricity,

Latest posts by Tim (see all)