What is leapfrogging? The first thing that could pop up in your mind is the game we all played as kids: 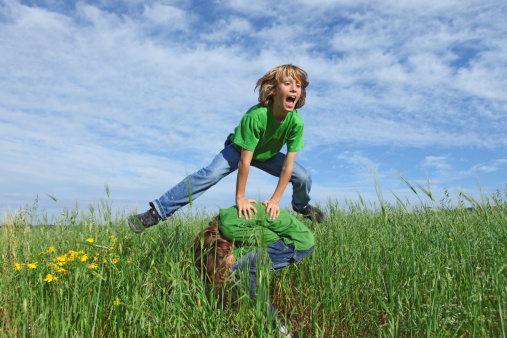 In the theory of innovation

In the theory of innovation (and in particular in Schumpeter’s) however, leapfrogging refers to the ‘breakthrough innovations’ leading to the ‘creative destruction’ cycle, as opposed to smaller, incremental innovation steps. The new breakthrough innovation often comes to swipe away the previous technology consequently becoming obsolete. In most cases, the new breakthrough comes in at a time where the current technology has already saturated the market: think of electrical locomotives replacing steam locomotives, or mobile phones replacing landline phones (in developed countries). 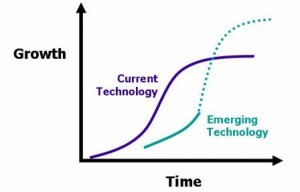 But with leapfrogging, the breakthrough comes in even before the current technology has reached market saturation or has even been introduced at all. A typical example is the adoption of mobiles phones instead of landline phones in emerging countries, such as Vietnam shown below (click on the picture to enlarge):

In the context of sustainable development and in particular for developing countries, leapfrogging refers to “skipping inferior, less efficient, more expensive or more polluting technologies and industries and move directly to more advanced ones” (source: Wikipedia article on Leapfrogging). Because there is an opportunity to learn from mistakes of the so-called “brown economy”,  the green economy is a “chance for emerging and developing economies to leapfrog unsustainable and wasteful production and consumption patterns” (source: OECD report on ‘Green Growth and Developing Countries’).

Worldchanging.com founder Alex Steffen clearly explained this concept in his TED talk as a fundamental and preliminary step among others on the route to a sustainable future (jump at 8″36′):

With these concepts in mind we started the Leapfrog Project, an innovative approach to boost the leapfrogging potential of the next generation of eco-imagineers in emerging countries. For this matter, we’ve partnered with best-in-class organizations: the TU Delft University (Netherlands), the United Nations Environment Programme (UNEP), and instances of National Cleaner Production Centres (NCPC).

In the coming weeks and months, we will drive you through the journey and backstage of this project with a series of blog posts. So bear with us and… follow the frog 😉