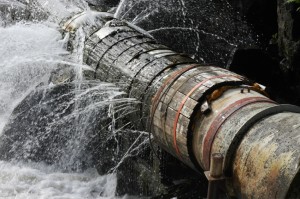 A quarter or more of the world’s expensively treated drinking water never reaches a faucet as a result of aging, leaky infrastructure. Around 14% of treated water in the U.S. is lost, with some cities losing as much as 60%. Water leaks cost Europe around €80 billion a year;  Croatia, for example, wastes almost 40% of its water.

Fritz Barth, vice chairman of the European Water Partnership (EWP), notes: “We have a lot of old infrastructure with a lot of leakage. Clean drinking water is prepared, and then a lot of it just leaks into the ground. It’s a big waste of energy, effort and water.”

Water companies do respond when a water main breaks (which occurs on average 850 times a day in North America). But less dramatic leaks are not fixed, either because they go undetected or because of the high repair cost.

“Water is too cheap,” Mr. Barth says. “The price often covers only the service of delivery to the home. It doesn’t cover the replacement of old infrastructure. Utilities can’t put aside money for reinvestment.” 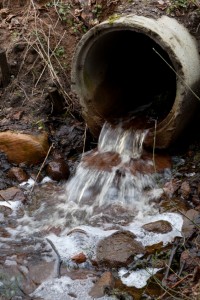 Moreover, some 80% of the world’s wastewater flows untreated into rivers, lakes and oceans. The difficulties are compounded as developing-world cities expand faster than they can install infrastructure.

More effective recycling would help. Densely populated Singapore, which imports one-third of its water from neighboring Malaysia, operates a water-recycling program called NEWater. Recycled water now meets 30% of the country’s water demand—particularly from its semiconductor plants—and this figure is expected to increase to 55% by 2060. NEWater also contributes to reservoirs during dry periods, where the water is further treated to become drinkable.

Many people may recoil from the idea of “toilet-to-tap” water recycling, but they are already doing it, Mr. Barth points out. Upstream cities dump treated wastewater into rivers that supply drinking water to utilities downstream. Recycling could happen in individual buildings. Rather than pumping sewage and drinking water to and from centralized treatment plants, new technology allows for decentralized water treatment.

A recycling system the size of a household washing machine can also treat water used in apartments or office buildings. The system removes the “raw materials” and uses the remaining gray water to irrigate gardens or, more importantly, flush toilets—which account for 27% of total indoor water use in the U.S.

However, many municipalities still prohibit the use of gray water, including harvested rainwater, even for toilet flushing or irrigation. “Wastewater and drinking-water legislation is quite old,” Mr. Barth says, and needs to be updated in light of new technology and society’s needs. 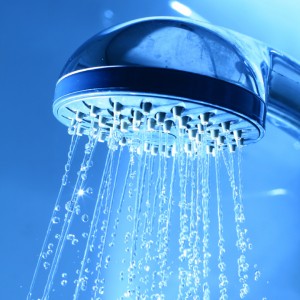 Manufacturers have improved indoor technology since “low-flow” showerheads and toilets were introduced. Producers are now focusing on getting the same or better results with less water. For example, by infusing air between water droplets, a shower can be just as forceful with less water, says Barbara C. Higgens, chief executive officer of Plumbing Manufacturers International.

WaterSense toilets, showerheads and faucets, developed since 2006, could save drought-stricken Californians 360 million gallons of water a day, Ms. Higgens says.

“People will stand in line for the latest phone, but when it comes to water-efficient technology most are using toilets, showers and faucets made more than 20 years ago.”

Reducing water flow rates can, however, have unintended consequences. In Germany, for example, drastically lower water usage has forced some municipalities to flush their sewer pipes. One solution might be to replace leaky, sometimes 100-year-old, systems with new, smaller pipes. As EWP’s Mr. Barth points out, one wouldn’t even need to dig trenches: smaller pipes could be threaded through the old ones, while sensors could be installed to detect leaks and send alerts.