Diabetes has been described as a quiet epidemic. The rising numbers are staggering: about 463 million adults are living with diabetes, according to the International Diabetes Federation, which estimates that number will rise to 700 million over the next 25 years. For 100 million or so severe diabetics, glucose monitoring devices have become a part of the daily routine. French startup PKvitality is trying to change their lives.

Founded in 2013, PKvitality’s mission is to help people get actively involved in their health and wellbeing through disruptive products and services that are simple and pleasant to use. Exhibit A is their K’Watch design – it’s a smartwatch able to track glucose or lactose painlessly, accurately, and in real time.

The K’Watch is composed of two parts: K’apsul, a weekly patch adhered to the skin, and the watch itself. The K’apsul is a disposable patch that sits underneath the watch while its micro-points and biosensors measure glucose levels painlessly. The watch monitors sugars, discreetly alerting the user to highs or lows; it also tracks steps, burned calories and heart rate, providing a holistic view of the user’s health. 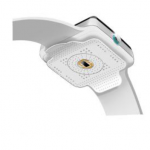 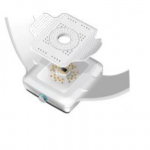 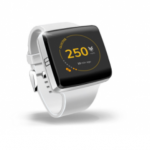 For its second product, PKvitality leverages the K’apsul technology and watch design to create the world’s first real-time lactate monitor in the form of a wearable device that can be worn as a watch or armband. Lactic acid is a key performance indicator, but currently available tests require blood samples which can’t be taken during activity. By measuring and analyzing levels during sessions with the K’Watch Athlete, users can access real-time data to estimate optimal exertion levels and achieve peak performance.

PKvitality joined Dassault Systèmes 3DEXPERIENCE Lab during fall of 2019, making 3DS the startup’s official partner for IT applications on the K’Watch project.

Using the 3DEXPERIENCE platform, PKvitality found the perfect framework to access world-class tools like SIMULIA, ENOVIA and CATIA to accelerate and design their medical device solution. Additionally, PKvitality has benefitted from the 3DEXPERIENCE platform’s collaborative ecosystem to co-develop its device and co-design a skin model to simulate human skin. This allowed the company to save time in certifying the SkinTaste censors used in its K’apsul.

PKvitality continues working toward bringing the K’Watch to market with the goal of creating a better, simpler, more accurate experience for diabetics and athletes using bio-wearables.

Learn more about PKvitality’s journey with the 3DEXPERIENCE Lab.