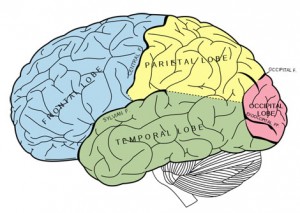 Does anyone not like virtual reality? I love it and am fascinated that we can trick the human brain into thinking something’s real that isn’t and even shape our brains. And virtual reality’s more than “just for fun.” There are some serious applications out there!

Whether you’re already a VR addict or have a burgeoning curiosity on the matter, well we’ve got some goodness in store for you over the next few weeks.

This week I’ll be blogging live from Laval Virtual, sharing cool applications as I spy them. As part of the series I’ll also be sharing interviews conducted with some of the VR industry’s leaders. I’ve spoken with a mix of folks from the French Association of Virtual Reality and have some interesting perspectives to share on topics as diverse as gear, research, and my favorite, future predictions.

It’s only appropriate however that I start by introducing you to David, and for two reasons. For one, David is Dassault Systèmes’ 3DVIA immersive virtuality domain leader and VR products manager. In that regard, he’s kindly offered to be my tour guide at Laval Virtual. Secondly, David is a member of the French Association of Virtual Reality, and in this role I’ve interviewed him about VR.

Here’s what I asked David:

Here’s a transcription of the video interview:

Q1: What’s the difference between Virtual Reality and Immersive Virtuality?

Immersive Virtuality is sort of a new term. I started using it as much as I could because people use the term Virtual Reality in a way that doesn’t really describe what it is in the sense that for us, for me and the community of people working on this topic, virtual reality is about immersion. By immersion I mean that the point is to have the body and the sensorial dimension as the central points and not much the virtual. Some people use too much VR, or virtual reality, to describe things like Second Life or QuickTime Via, or whatever. So we started to use Immersive Virtualty as a way to describe what VR really is.

Q2: What are today’s innovations in the virtual reality industry?

The driver of innovation in the VR industry comes from the entertainment world, video gaming, digital cinema, all that. Basically we’re seeing kind of a revolution in the sense that within the gaming world, for example, you find more and more interactions that are engaging the body, and this is what VR is about. Of course there’s the Wii, but there are a lot of new devices and technologies based on this vision that comes from the gaming world. You’ve also got the setup boxes, and also what is being driven by digital cinema that is really moving towards stereoscopy, that is, stereovision. There’s a strong push from Hollywood, and this drives everyone to buy new stereo displays for home. And if you put this together with body tracking devices , you get what VR is about. Sensing and acting, perceiving and acting in the virtual world with your body.

Q3: What will happen to virtual reality as augmented reality and mixed reality become more mainstream?

There’s a continuum between VR and Augmented Reality and Mixed Reality. It’s basically how much you put the virtual and the real together inside a given immersive experiment. So basically we’re talking about the same things. Because we have more and more VR technology that comes from progress in the visual world, we’re getting closer and closer to AR when we do VR. But basically you’re mixing a real human, his real surroundings, which are where he’s standing, what he’s manipulating with his real hands, and the virtual worlds. And no matter where you put the focus, it’s basically the same technology. They’re going to grow together.

Q4: What link does Dassault Systèmes have with VR/immersive virtuality?

DS is probably one of the most important VR software editors by acquiring Virtools, which is a leading solution for immersive technologies. Dassault Systèmes has jumped into this world that was not that much a focus point before Virtools joined the group. And now all this technology, these usages are becoming central at Dassault Systèmes. We’ve invested in a very high-end immersive showroom to demonstrate solutions for our customers that would include immersive technologies within our solutions, industries and services.

If you’d like more information about Laval Virtual or would like to visit the 3DVIA booth this week, all the details can be found on the 3DVIA blog post: Love Virtual Reality? Visit 3dvia at Laval Virtual 2009.

How can we consume smarter and protect our most precious natural resource?

Discover the answer at WATER FOR LIFE, December 8 at 5pm CET / 11am ET