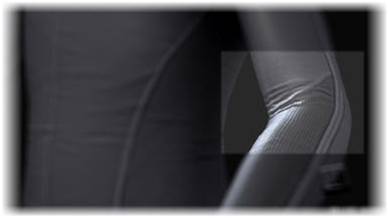 In my last post, The Ergonomics of Clumsiness, I wrote about how a waiter can mimic movements resonant of a production worker. Through structuring moves, avoiding collisions, precise timing, to name a few, there are indeed commonalities. In this blog I decided to take it a step further.

Could we simulate a worker—even a waiter—so he/she looks identical to the real thing?

How close can a simulated version of a human get to any one person?

Maybe it starts with realistic movement. Or body width and height. What about appropriate clothing or a uniform? I took this question to Dassault Systèmes Virtual Ergonomics expert, Julie Charland. No surprise the Montreal Virtual Ergonomics Team had already thought about it, in great detail.

Julie told me that other virtual ergo users would like to be able to show a representation that looks as real as possible. Once they have this, it’s easier to communicate to non-ergo experts. It’s kind of a “show me/prove it” mentality.

She said clothing has been around for awhile, so what users need now, is to see a virtual human manikin that looks more like, well, us—humans. The more realistic a virtual human is, the easier it is for others to see it as the real thing—be it a production worker, waiter, or whomever. Whatever that person does, the simulation version needs to move about exactly as a human would–fluidly with less cylindrical movements. Sure uniform helps, but now let’s see it move!

A full integration of this would be a huge plus, but can it be done? Julie did hint that the Montreal Virtual Ergonomics Team has been très busy with upgrading functionality for virtual ergonomics.

Would users really be able to visualize more if the virtual manikin had a familiar look and movements?

Hmmm….I wonder. Stay tuned for my next post to find out.