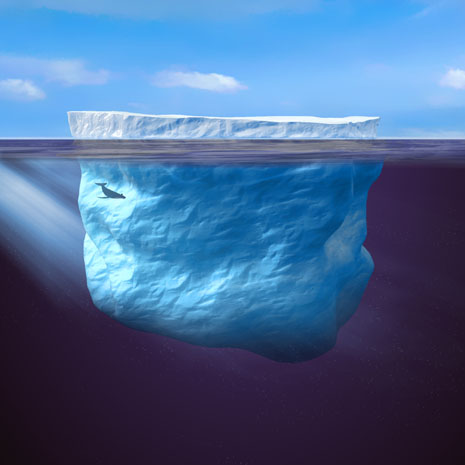 This post was published in honor of Blog Action Day 2010 and its theme: water.

And did you know that, each year, the equivalent of the world’s supply in drinking water melts away into the ocean?

Why should just sit by and let this happen?  Why not use icebergs as an alternative source for drinking water?

At first this idea may seem too outlandish, but perhaps Mougin is a visionary?  Today while the most pessimist prospectors predict a worldwide conflict based on ‘blue gold’ in 2050, Dassault Systèmes has decided to help Mougin reexamine his project with the help of 21st Century technology.

And what if 3D scientific simulation and virtual worlds can give life to an idea that died down last century? Perhaps this was due to technology-linked obstacles and limited knowledge of our oceans and weather.  Perhaps Mougin was ahead of his times . . .

A documentary under the direction of Jean-Michel Corillion is being made to tell this story.  It’s called Ice Dream and in a few months will be broadcast in various countries.  We’ll keep you posted as the details unfold.  But for now, enjoy the sneak preview below!

P.S. For more information about our water challenges, watch this video made especially for Blog Action Day 2010.