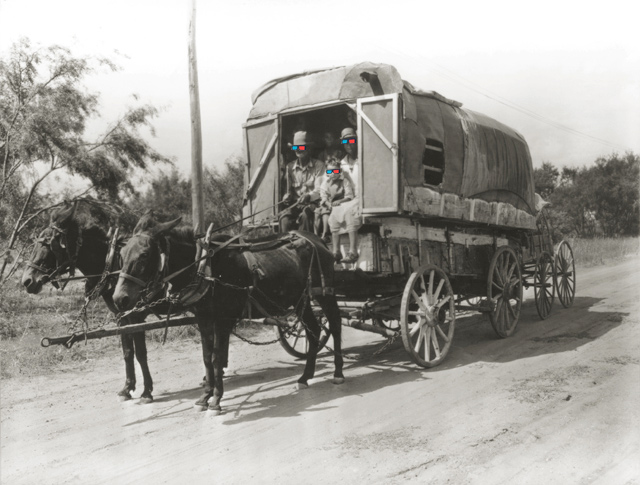 I’m first going to make an assumption that many of you have probably heard before:

The next generation will not know the difference between the television, the telephone, the computer, and the game console.

You may disagree, that’s fine, but I am looking forward to the day when I can stop paying  for all four of these services/items.  One bill will be nice!

We are starting to see more people watching television/video on their computers, as well as playing online games.  Many gaming companies still believe that the visual quality of games will always (or at least in the near future) be better on the console than on the Web.

I disagree.  I think we are at the “sweet spot” for the convergence of advancements in 3D technology and the Internet to see real value in 3D for the Web. Here is why . . .

I discussed this recently in a presentation at the Web 2.0 conference (seen below).

Web2.0: The World’s not 2D, and Your Site Shouldn’t Be Either

In my presentation I used this analogy:

Why are these sites only recently becoming popular?

Answer:  Wide use of faster Internet access.  Basically, there were not enough people who had access to a high-speed Internet connections.  And with more access, we have seen great new Web tools.

So, why hasn’t “3D” become as popular for the Web?

Answer:  It actually has.

Second Life and World of Warcraft are great examples, but that’s just the beginning.  I believe we will start to see a surge in 3D Communication/Gaming/Apps for the Web, and especially more true stereoscopic 3D as it engages you more than 2D does.

For example:  3D Television has been a big hit this year, along with movies like AVATAR, and you can now see the same quality of true stereoscopic 3D for web games and apps.  Also, today it is much easier to create 3D apps for the web.

For example: this week the 3DVIA team announced “Drag and Drop stereoscopic 3D” for our Web app middleware, 3DVIA Studio (yes, that’s the plug for 3DVIA Studio, but not the point of this article).  Dassault Systèmes has also partnered with a consumer goods company to bring realistic 3D to online games from a cereal box (If you haven’t seen this, it’s very cool!).

So then WHY isn’t everyone using 3D on their websites?

Here are The Top 10 Possible Excuses:

Seriously:  I believe it’s just a short matter of time before we see wide adoption of 3D for the web.  You agree? With the marketing behind the 3D television/3D TV, more and more individuals see the benefit of realistic 3D as a way to engage customers and users (online).

So, jump on board the 3D Web bandwagon…we’re heading out.  YEE-HAA!