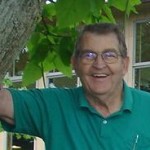 No, it’s not below-par rounds of golf. My dad’s sport was basketball. But both golf and b-ball contributed to their common link – bad knees.  Tiger’s knee injury ended his 2008 season prematurely. Tiger had arthroscopic surgery and physical therapy and is winning at his sport once again.

My dad also had arthroscopic surgery. It helped him for a while. But in his late 50’s he underwent complete knee replacement surgery on his right knee. A few years later, he had his left knee replaced. Then about 10 years after that, he underwent a second replacement on his right knee. Though he never got back on the basketball court, the implants definitely helped him maintain his quality of life by keeping him mobile and eliminating his knee pain.

Both Tiger and my dad have been helped thanks to ongoing research of knee mechanics and orthopedic implants. Researchers at Scripps Clinic have recently published a study on patients with knee replacements. 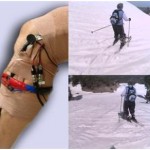 At the time of surgery, they implanted tiny computer chips in the patient’s knees. These chips sent data to receivers that recorded the stresses on the knee joint during various activities. They then used the data, in combination with Abaqus FEA software from SIMULIA, to make increasingly complex 3D computer models of human knees. With these realistic models they can now perform accurate virtual tests on a variety of potential knee replacement parts and surgical techniques. Check out the case study on Scripp’s research published at Design World Magazine’s website.

Other researchers, such as the team at the University of Aberdeen  in the UK, have also published a study on using realistic simulation to understand the effect of ACL reconstructive surgery. Check out their paper published at the 2009 SIMULIA Customer Conference.

Engineers at Zimmer  and the University of Wisconsin-Madison collaborated on research published at the 2008 Abaqus Users’ Conference on material modeling of a virtual biomechanical knee.

Knee biomechanics and orthopedic implants is just one area of bioengineering research that is being performed with Abaqus. In the coming weeks, I will report on many other engineering groups who are creating virtual 3D models and realistic simulations of the human body to develop innovative products and medical treatments that are significantly enhancing the quality and longevity of our lives.

Have you had knee surgery, a knee replacement, or other type of implant? Feel free to leave a comment about your experience or your view of using realistic simulation for bioengineering research.

Latest posts by Tim (see all)