If genes are our bodies’ architectural plans, then proteins are the internal devices that make decisions, send signals and ensure that our metabolism operates properly. The study of proteins in our cells and tissue is known as proteomics, a term coined in 1994 by Marc Wilkins, now professor of systems biology at the University of New South Wales in Sydney.

Proteomics began with a lofty goal: to “figure out what all the proteins are inside cells,” Dr. Wilkins recalls. Two years ago “we could say we had found all the proteins one would expect to find inside a bacteria cell or yeast cell.” Last year, two research groups declared that they had found 85%-90% of the proteins inside the human cell. Another expects to publish a list of all human proteins later this year—a milestone as important as sequencing the human genome.

Proteins are responsible for the basic aspects of metabolism: they convert food into amino acids, sugar or other states that the body can use. Proteins are also the functional molecules inside systems. Like antennae, they sense what’s happening outside the cell, and transmit signals inside the body.

Some proteins are decision makers,” Dr. Wilkins explains. “There are not that many of them in a cell. But there are lots of copies of ‘worker’ proteins. It’s like corporate organization, with executives and workers.”

Scientists have long understood what ‘worker’ proteins do, but for years, “it was hard to get good data on proteins that pass information to each other (known as signal transduction) and transcription factors that decide what proteins are made inside the cell, which have a big influence on what cells are doing. They’re important for the specialization that happens in all cells; regulating a kidney cell is very different from a brain cell,” Dr. Wilkins says. 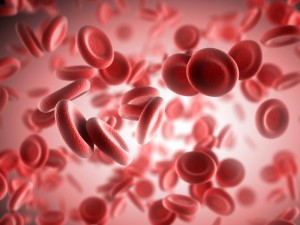 Signal transduction proteins are the “middle-men” that connect cell receptors on the outside of cells to proteins in the cell nucleus. They sense and integrate information, and decide which proteins need to be made, Dr. Wilkins explains. For example, human growth hormone, or erythropoietin, produced by the kidney, is a protein that tells bone marrow to make more red blood cells.

Recent advances in mass spectrometry, coupled with faster computers, now allow scientists to analyze all the rare proteins inside the cell.

There are 20,000 proteins inside the human body,” Dr. Wilkins points out. “We have good information on what 11,000 to 12,000 of the proteins do. But for a third to half of the human proteins, we have very little idea of what the function is.” 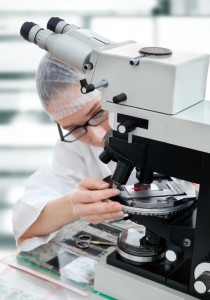 A better understanding of these lesser-known proteins would aid research into many health issues. In particular, proteomics could tell us which signaling and decision-making proteins are associated with cancer, and help in its early detection, by discovering protein biomarkers. We know, for example, that some breast cancer cells make too much HER2 protein, which can then be targeted by biopharmaceutical drugs that include monoclonal antibodies (themselves proteins).

But the process is far from straightforward. “The challenge with biopharmaceuticals is you don’t synthesize them chemically,” Dr. Wilkins says; they’re made by other cells such as bacteria, yeast or mammalian cells. “When you use cells to make proteins… the cell is also making all its usual other proteins. So when you go to purify the drug, the protein of interest is there but with thousands of others,” he says. “Also, you have to make sure all the decorations on the protein are accurate for it to be effective …[or] it can set off a patient’s immune system and have disastrous results.” Proteomics and better instrumentation can resolve these quality-control issues.

Proteomics’ potential extends far beyond a cure for cancer. It’s “a general technology platform, so it can be applied to the analysis of every living thing in biological sciences,” Dr. Wilkins says. Viruses, bacteria, yeasts in bread, wine or beer, enzymes in laundry soap, animal and human food supplements, and more, all involve proteins.

“We are just now starting to identify all the proteins in cells,” Dr. Wilkins says, “and so must now tackle the next challenge: to understand how these interact with each other to form all the hundreds of molecular machines inside the cell, and how these function in the normal cell and change in disease.”