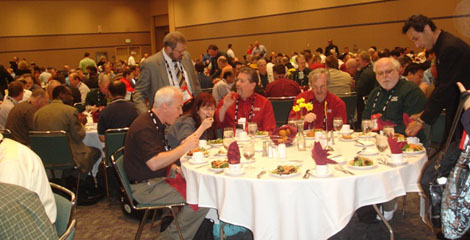 OK, I know Perspectives is supposed to be about 3D and Innovation. But, I gotta be up front. I’m going to skip the 3D for a second.

This year is the 25th anniversary of the COE User Group – an anniversary that was celebrated at last week’s COE Annual Spring Conference and Technifair. This year’s event was held in Seattle with Dassault Systèmes and IBM, COE’s founding partners, in attendance (of course). Despite the tough economic times, a whole host of COE members and DS partners showed up. Sure, fewer than last year, but… the dedication and vibrancy of the organization was only more evident in these times. Even some competitors showed up, hoping to sneak in and see the latest on the PLM front from the industry leader and its customers.

I was struck by the community’s dedication. Some of these guys have been coming to this event for 20+ years! I know there are similar user orgs with similar levels of dedication out there in the software world (especially in the CAD world… SolidWorks users, I’m lookin’ at you!). But, for a company that focuses so much on collaboration, seeing the interaction going on between DS and its users was revealing. No wonder DS believes so strongly in collaboration as an enabler of innovation. We’ve plainly benefited from this very paradigm.

I watched Kevin Fowler of Boeing Commercial Aircraft discuss his company’s cutting edge implementation of Dassault Systèmes’ PLM solutions on the 787 aircraft program. And you know, he didn’t sugar coat it. He didn’t give a standard customer event puff piece. He laid it out. Good (lots!) and not so good (some challenges which they –successfully – faced). But he wrapped it up with an honest assessment, as captured by Rita Stange of ConnectPress in her summary article: “he concluded by saying that he can’t speak highly enough of the V5 capabilities.”

I watched users stand in the hall and talk to their DS counterparts about migration issues, about new functionality, about requests for changes.

I listened to open exchanges between board members and senior DS execs. I saw (tough) questions asked and answered. I saw competitor FUD dispelled by simply discussing the issues clearly, in the light of day (well, maybe ‘light of the main stage’). I saw decisions made, action items slated, all before a large audience.

There is no doubt in my mind that DS’s passion for innovation and collaboration stems partly from this constant interaction. We are only half the innovation equation. Would we lead the PLM marketplace without this? Without the collaboration between our users and us? Would DS be nearly what it is without 25 years of collaborative innovation? 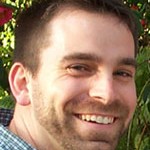 Latest posts by Derek (see all)