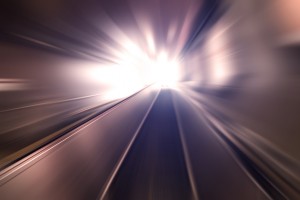 From high-tech cycle lanes to supersonic space planes, the future of travel is on course for a design revolution. Start with the humble bike. With city cycling now all the rage, road infrastructure is set for some radical innovations. London-based architecture firms Foster + Partners and Exterior Architecture, for example, jointly proposed a bike deck, called SkyCycle, that would be built above 220 kilometers of existing rail tracks thereby connecting central London to the suburbs, and making it more attractive to live near a rail track.

“When we built the railways, they originally were designed for steam trains, with nearly flat grades,” says Huw Thomas, partner at Foster + Partners. “They were noisy and nobody liked living near them. They were lost in the urban fabric, but they go from the city’s edge to extraordinary nodes in the city center.”

More than four million people live within a 10-minute bike ride of SkyCycle’s proposed route, half of whom are commuters, Mr. Thomas says. SkyCycle would cost an estimated £6 billion ($9 billion) to £8 billion to build. The deck could integrate smart networks without streets having to be dug up. And it could even include a lane for roboticized package delivery. 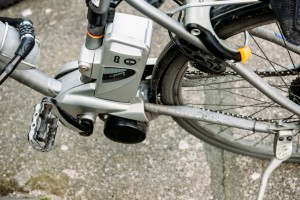 Bikes themselves are also likely to undergo modernization. Lisbon-based designer David Miguel Moreira Gonçalves has developed two electric-assist bikes, the Grasshopper and the Cruiser, for use in Portugal’s hilly capital. “The Grasshopper is a foldable electric bike that can be used with a car or with public transportation,” he says. It can even be used at home to generate electricity by placing it on a stand and pedaling.

Every part of the bicycle’s life is justified,” he says.

But the idea for which Mr. Gonçalves has had most attention is his futuristic concept car, the Scarab, which won the 2010 Michelin Challenge Design. He wanted to create an electric vehicle that could use existing infrastructure and serve as either a personal car or shared transport. Driven by robotics, it would use facial-recognition software to identify and stop for specified passengers, while GPS and tracking would get them to their destination. It could even park vertically to save space. “It’s a very utopian idea,” he says.

Another idea, Next, envisages swarms of self-driving pods that link and delink on the move, while passengers can pass through interconnecting sliding doors to the specific pod that’s going their way. Meanwhile, Transport Systems Catapult is testing their own self-driving pods in Milton Keynes, U.K., with 40 expected to be in use by 2017.

Besides military applications, Ghost could have recreational or commercial uses. For example, Ghost’s stable technology might be ideal for high-speed ferries crossing the powerful Gulf Stream, Mr. Sancoff adds.

Air travel is also set to speed up, with a supersonic plane that could fly halfway around the world at Mach 5, powered by the revolutionary Sabre engine. The Sabre-powered Lapcat A2 concept, under development by Reaction Engines Ltd. of Abingdon, U.K., would fill the gap for supersonic passenger travel left by Concorde’s demise in 2003.

The Sabre engine can also power space vehicles, such as Skylon, a reusable space plane that could carry satellites into orbit or supply the International Space Station. “The approximately 100 space flights each year now cost $100 million to $200 million apiece, because the rockets are used only once,” says Richard Varvill, Reaction Engines’ technical director.

However, Sabre-powered launch vehicles like Skylon would cut current launch costs about 90%, he says. The U.K. government has pledged £60 million to develop the Sabre engine, alongside a £20 million investment from BAE Systems PLC, Mr. Varvill says.

Unlike the space shuttle, which launched vertically and included an orbiter with a large external fuel tank and two solid rocket boosters which dropped away, Skylon is designed to take off and land like a plane and be completely self-contained.

The Skylon could carry a 15-ton payload and could reach low Earth orbit in 15 to 20 minutes. “It will make getting into space cheaper and safer,” Mr. Varvill says.