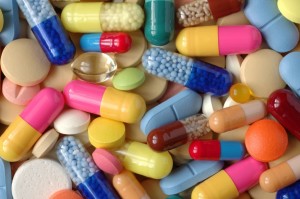 Biologics have long been the great hope in the fight against non-communicable diseases. Cancer, cardiovascular and chronic respiratory diseases, diabetes and mental health account for 63% of all deaths world-wide. According to a 2011 World Economic Forum report, these diseases will cost some $47 trillion in lost global output over the next two decades. Unsurprisingly, biologics are grabbing an increasing share of the blockbuster drugs market; in 2014 they represented six of the world’s 10 best-selling pharmaceuticals.

Unlike conventional chemical-based drugs, biologics are organic and consist of larger molecules, with thousands of times more atoms. Their greater complexity, however, means that “the regulatory pathway is more cumbersome,” notes Ranjith Gopinathan, program manager, life sciences in the European health-care practice of Frost & Sullivan, a global market research and consulting firm. Of the 41 new drugs approved by the U.S. Food and Drug Administration in 2014, only 11 were biologics.

Never the less, biologic drugs that have been approved have made a huge and rapid impact. Take Sofosbuvir (sold by Gilead as Solvaldi), an anti-viral medication that helps cure hepatitis C. With some 150 million sufferers world-wide, the drug became a global best seller within its first year on the market.

One of the hottest areas in biologics is the development of monoclonal antibodies. These mimic the body’s natural antibodies and have proven to be particularly effective in cancer treatment. They can make cancer cells more visible to the immune system, block growth signals, prevent new blood vessel formation in tumors, and deliver radiation or chemotherapy to cancer cells.

Trastuzumab (sold by Roche as Herceptin), for example, is a monoclonal antibody that targets the HER2+ receptor in breast cancer, a genetic variation found in 15% of  breast cancer patients. When used with other chemotherapy drugs, Herceptin increases survival rates 37%. Roche has come up with other biologics—pertuzumab (sold as Perjeta) and trastuzumab emtasine (sold as Kadcyla)—that can further improve Herceptin’s results, says Barbara Gilmore, a senior industry analyst at Frost & Sullivan. 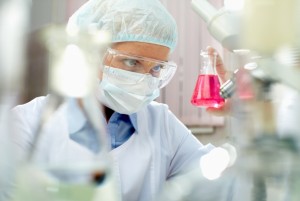 Another monoclonal antibody, launched on the U.S. market in March 2015, is dinutuximab, (marketed by United Therapeutics as  Unituxin). Containing mouse and human components, it helps the immune system find and destroy cancer cells by targeting a substance found on the surface of neuroblastoma tumor cells. Neuroblastoma cancer starts in the nervous system and typically afflicts children under five.

Monoclonal antibodies are key to the success of targeted therapeutics, a process that attacks diseases without affecting healthy cells and tissues. Meanwhile, advances in companion diagnostics and genetic profiling would bolster personalized medicine.

“The growth will be in personalized medicine and targeted therapeutics,” says Mr. Gopinathan. “More efficient drug-development processes based on the disease pathophysiology and genetic risk factors would be game-changers in the industry.” He predicts: “Biologics will continue to outpace overall pharma growth.”

Another promising growth area lies in non-brand versions of biologics, known as “biosimilars.” These are analogous to the $261 billion generic drugs market that replicates conventional drugs whose patents have expired.

One such biosimilar, developed by Novartis, is Zarxio , a version of Amgen’s filgrastim (sold as Neupogen), which helps prevent infection during chemotherapy. Amgen is also developing six of its own biosimilar drugs.  “Here’s a biotech company that makes biotech drugs, and even though they have a robust pipeline, they’re also making biosimilars,” says Ms. Gilmore. “It’s very smart. There’s money to be made there.”

Frost & Sullivan forecases a 60% compound annual growth in the biosimilar market between 2012 and 2019. A RAND Corp. study estimates  that biosimilars could reduce spending on biologic drugs in the U.S. by $44 billion over the next decade, while Spain’s University of the Basque Country forecasts €20 billion savings in Europe through 2020. 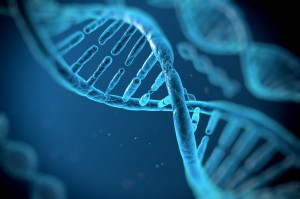 However, getting biosimilars into the market remains a major challenge. Biologics’ complexity makes them hard to replicate because they use biological processes or living organisms to create the drugs’ molecules.

The European Union has approved only 19 biosimilar drugs since 2006, and the U.S. approved its first biosimilar, Zarxio, in March 2015. Herceptin lost its patent protection last year in Europe and will lose its U.S. patent in 2019, but no biosimilars have yet been approved in those jurisdictions, an indication of how difficult the process is.

Moreover, unlike generics, biosimilars are not much cheaper than their originals to produce. Mr. Gopinathan calculates that “the price reduction is, at most, 30%.” Health care’s great hope will still come at a price.