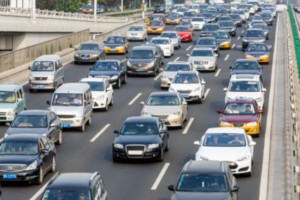 Global car ownership passed the one billion mark in 2010, with more than one vehicle per person in the U.S. and much of Europe. Yet despite the fact that Europeans and Americans waste an annual average of 111 hours in traffic jams, public transportation ridership rose only 8% in the European Union and 15% in the U.S. and Canada between 2000 and 2012

Why don’t we design an experience that would beat cars?” asks Bruce Mau, co-founder of Massive Change Network, a Chicago design studio. “Let’s make something that’s exciting for people and makes them want to use it.”

But buses are fighting against the so-called track effect. “People seem to consider vehicles running on tracks as more solid, almost no matter what you do to improve bus services,” says Andreas Røhl, an urban-transport specialist at Gehl Architects in Copenhagen.

“If you put in tracks, people will know or feel that this will stay here, it’s a permanent thing,” he adds. “If you’re a developer, then you’re sure this new mode of public transport will stay here.”

Planners can, however, overcome such concerns. Curitiba, in southern Brazil, for example, applied designs used in metros to buses in the 1970s, to create bus rapid transit (BRT). The city’s long, articulated buses run along an exclusive road corridor. They have extra doors to speed access. Tube-shaped bus stations are raised so passengers don’t need to climb steps to board, and fares are paid on entering the station, rather than the bus, further saving time.

“They got the carrying capacity of a subway at about one-hundredth of the cost,” Mr. Mau says. 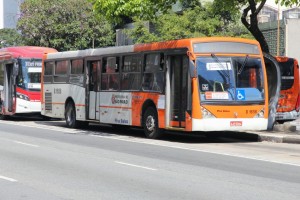 This level of efficiency is possible thanks in part to better vehicle interior design, which varies according to local need, says Andrew Nash, director of Vienna-based GreenCityStreets.com. For example, urban vehicles should be open, with few seats, so people can get on and off quickly, while on suburban routes, riders sit for longer requiring more comfortable seats, he says.

Although comfort and convenience are important, designers cannot just focus on amenities. Mr. Nash recalls a San Francisco company whose buses were fitted with Wi-Fi and USB ports, which went bankrupt after just two months.

Instead, design needs to optimize processes such as more efficient fare-collection machines, and information technology that provides precise arrival information, he says. Applications such as Ridescout lay out a range of travel options, such as walking, biking, driving and public transportation, and calculate the time, money and calories involved.

“Life in the city is increasingly about using different choices at different times,” says Jarrett Walker, president of Jarrett Walker & Associates, a public-transit consultancy in Portland, Ore., and author of the book Human Transit. “It gets us away from imagining that transport options are like teams we belong to: bus riders or bikers or drivers.”

It’s important therefore that we “don’t assume that some sort of design choice—a nicer bus, Wi-Fi, nicer shelters—solves public transport’s problem,” Mr. Walker says. “The problem may be that the service is just useless, that it doesn’t run where needed or at times it’s needed. Network planning has to make sure it’s useful for people.” 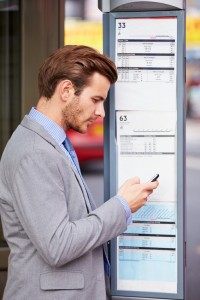 “Useful” generally means “frequent,” he adds. “The biggest problem is waiting. We have to design the network around frequency.”

To have frequent and full buses, public transportation needs high-density urban areas, where parking is expensive and inconvenient, and where access to public transit is just a short walk away.

Urban planners can increase density along mass-transit corridors, as has happened, for example, in Toronto as well as Curitiba. “There are ways you can control development around the transit,” to put riders near lines, Mr. Mau says. “That kind of density management is what transit people should be designing.”

In this way, we can challenge the widespread assumption that car travel is always fastest, followed by metro trains or light rail, with buses the slowest. Bus rapid transit in city centers averages 16 to 18 kilometers per hour (kph), which is faster than the 12 kph average of cars in Beijing, though slower than the 25 kph in New York and Singapore. Buses can travel as quickly and reliably as subways if given dedicated corridors, Mr. Walker says.

In fact, it is cars that tend to slow mass transit, by double-parking, blocking tram tracks or just generally creating traffic jams.

It’s not fair that one person in a car has the same right to road space as 50 people in a bus,” Mr. Nash says. “But it’s politically difficult to say we’re giving priority to buses because there are more people on them.”