Digital payments are growing, with new methods and technologies proliferating and the number of transactions skyrocketing.

Non-cash transactions grew 8.9% to 373.3 billion in 2014, according to the World Payments Report 2016 published by Capgemini and BNP Paribas. Use of checks is down, but use of cards—especially debit cards—continues to grow, up nearly 12% in 2014.

“It isn’t just the card: everybody is convinced they have invented the payment mode of the future,” says Christophe Vergne, leader of the global cards and payments center of excellence at Capgemini. “Regulators are fostering that to create competition, innovation and boost the market.”

Indeed, many governments would love to reduce the use of cash, in order to crack down on criminal activity. France recently lowered the limit for cash transactions to €1,000 from €3,000. Other European Union countries also have limits.

“For the last three decades I have investigated the large-scale use of cash, which is the preferred medium of exchange for illegal transactions ranging from the production and distribution of illegal goods and services (drugs, prostitution, etc.) to tax evasion, and how large-denomination bills are primarily used in these activities,” says Edgar L. Feige, professor of economics emeritus at the University of Wisconsin-Madison. 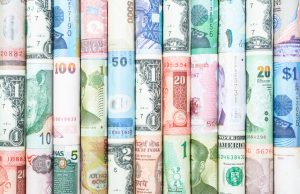 However, bank notes and coins are necessary “for the safety of the entire financial system,” he says, noting that a digital system is vulnerable to hacking. “That’s why it’s even more important to have a physical means of payment, as a safety backup system.”

The security of digital payments has greatly improved, thanks to tokenization, which swaps the real card or account number for a stand-in, explains Mike Cowen, U.K. and Ireland head of digital payment products for Mastercard. A thief who gets hold of the fake number at the point of sale can’t do anything with it.

The most important aspect is that tokenization technology is scalable. E-wallet providers don’t have to approach each bank to enable the technology; they just have to connect to the payment networks, such as MasterCard.

“Now that we have tokenization in place, it’s actually designed so [that] smaller, niche players can build digital services that require digital payments to enable consumers to buy things within their digital channels,” Mr. Cowen says.

Another huge trend, he notes, is contactless payments, which allow for payments using mobile phones as well as cards.

By 2020, every point of sale in Europe will be contactless-enabled,” Mr. Cowen says.

The Internet of Things will expand the possibilities. “Fitness bands are a sensible thing to build payments into. They have a means of monitoring your life signs, which is one way to authenticate,” Mr. Cowen says. “We believe there will be a huge wave of innovation on the back of this.”

The Internet of Things “will be a revolution,” combining such things as smart meters with digital payments, Capgemini’s Mr. Vergne says. “Tomorrow you will be able to pay as you use. Imagine you don’t pay electricity every month, but every time you reach three kilowatt-hours. Systems could cope with that.” 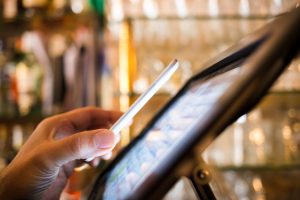 The overall trend is toward smaller digital payments. “The marginal cost of transactions is decreasing to such small amounts that it economically makes sense to pay €1 digitally,” he says. “The more the volume grows, the more the marginal cost decreases and can compete with coins.”

The transaction cost of cards is 0.20% to 0.30% interchange plus merchant service fee, plus an annual fee for the card holder, Mr. Vergne says. The cost of cash, by contrast, is higher: between 0.5% and 1%, because of the burden of counting , storing  and transporting it, plus the risk of theft. Individuals don’t pay that cost directly. “Society is paying for all this infrastructure of maintaining cash,” he says. However, he notes, despite the costs and the explosion of digital payments, the volume of cash in circulation continues to grow.

“As for the notion of the advent of a cashless society coming about,” Dr. Feige says, “the truth of the matter is [that] cash holding and cash use have increased, despite digital payments. I would predict confidently that cash will survive as a medium of exchange for many years to come.”