Insurmountable challenges facing the Transportation & Mobility (T&M) industry? Nothing is insurmountable. But change happens and sometimes must happen in order to overcome new challenges.. 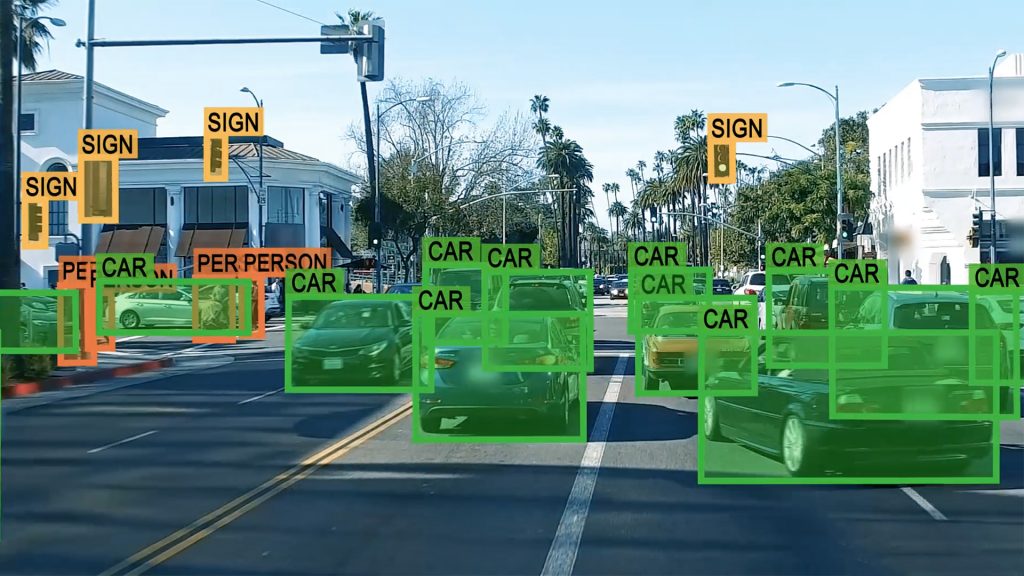 In this episode, Dassault Systèmes Senior Transportation & Mobility Director Rick Sturgeon swoops between the 30K and 5K view of what’s happening in today’s autonomous vehicle design shops – from thought leadership to shakeup’s at traditional OEM’s – and how we are just on the cusp of revolutionary changes in how the design process for vehicles is just starting.

Today’s vehicle design innovators are at the very beginning of new design trends. We found the railroad track, but we are still not on it…yet. – Rick Sturgeon

Enjoy the podcast with Rick!

Be sure to listen into the other podcasts in this series and to learn more, please visit: go.3ds.com/TM 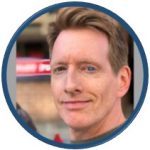 Matthew Hall 0:08
Hi, welcome to the Dassault Systèmes podcast 3D Design and Engineering. Today’s episode is being recorded at the 2019 Autonomous Vehicle Technology Expo in Novi, Michigan, just northwest of Detroit. I’m your host Matthew Hall and joining us today is my colleague Rick Sturgeon. Rick is a Dassault Systemes Senior Director focusing on the Transportation and Mobility industry. Hi, Rick!

Matthew Hall 0:32
Great. Thanks for joining us, Rick, for our listeners, tell us a bit about yourself and of your rich history in the transportation and mobility industry. 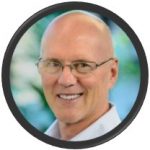 Rick Sturgeon 0:41
Well, thank you. Well, I’ve been with the Dassault Systèmes almost four years and when they say Transportation & Mobility, think automotive trucks trains. But prior to coming, I ran global engineering operations at Johnson Controls, which at the time was the largest automotive supplier in North America. So I have a tied-to-the automotive industry and in the job I have today, it’s wonderful because I get to talk to all the OEM’s, many of them, my friends that are running a lot of the engineering at the companies and understanding their needs, and hopefully having them understand how our products can help them.

Matthew Hall 1:19
Great. Thanks for that overview. Rick, from where you sit and given your experience over time, what are some of the latest advancements and trends that today’s autonomous vehicle designers should be paying attention to?

Rick Sturgeon 1:31
Well, if the way we’ve been designing vehicles for the last probably three generations, it was invented by the ancients – you know, meaning, the Mr. Toyota and Henry Ford. And if you think about it, they started out with drafting boards and test facilities and they really created the process we use today. We’ve just really been automating that process. We’ve taken the drafting board away, and we’ve done CAD, but it’s really the same process. And now the tools have become so advanced. Whether it’s big data, or the cloud, or just the huge computing power to simulate. And that, in some cases is helping but it’s somewhat disruptive to the old process. So every OEM, every supplier really needs to step back and see now we have probably these five new capabilities. How would we do work different? And we’re seeing that in some places where in effect, they’re in some cases going to an agile or more of an approach that software people use because you can get immediate simulation and feedback. But it’s a trend. I would say we’re at the very beginning of the trend. We found the railroad track, but we are not on it yet.

Matthew Hall 2:47
Alright, another question I have for you is what do you see as the highest priority challenge – or challenges – in this very dynamic Transportation & Mobility industry that needs to be resolved in order to move forward to the next stage of autonomous vehicles?

Rick Sturgeon 3:02
Well, clearly Autonomous vehicles – it’s a dream, it’s driven a huge amount of capital investment, it has had a lot of hype and there’s some successes. We’re certainly are working with some of those successes. But on the other side, at this point, it seems to be the reality check is coming in to play. I actually am hoping, and I’m starting to see the sign of it that for Advanced ADAS, which ultimately is economist driving, we refocus ourselves and move to electric vehicles. We’re right in the middle of that, we’re the dominant player in those markets, and we continue to grow there. I think it’s the place where people are spending their money, they’re reorganization, they’re spinning things off so that they can better focus and it’s a really exciting time.

Matthew Hall 3:53
My next question is when taking on these trends and challenges, who do you think is doing it best and advanced fastest – the well established OEM’s with their history and experience, or do you see the new startup innovators leading this or a mix of both?

Rick Sturgeon 4:08
Well, clearly, and I came from a very large-established automotive company, and in some ways, the way you gain control of a situation is you stabilize, that you continue to do it over and over and that generally increases quality. The downside to that is is in some respects, it stifles innovation. And there’s 100’s of ways that the big companies have tried to deal with that, whether it be investment whether, they set up a side group. However, the move initially out in California, maybe Google was the first I don’t know, were engaged there, started their drive the concept of autonomous driving as the capabilities have come forward. And of course, Sergio [Marchionne] from Chrysler, I heard him speak on why they weren’t going more with autonomous driving at a global leadership conference. They had one of the investment guys on the stage with him as well as the CEO of [inaudible]. The investment guy said, “Sergio, why aren’t you investing more in autonomous driving and driving this?” He said, “because you won’t give me the capital to do it. You want to see my stock price numbers and whatever yet you give on a faith and a handshake all this money to these small innovators, and you won’t give that to me.” And of course, you know, the investment guy just looked at him, and I don’t know what he was thinking. But yeah, that’s true. And so if you think about it, often, you know, with some exceptions, you need a lot of capital to try things, to invest things, to do new things, with the hope of, recovering that in a different manner than you do from a more mature company.

Now, that said, this has gone far enough now that the mature companies a couple, two, three years ago have taken notice. First, they didn’t believe…they said it will never happen. Be whether it’s electric or autonomous, and now every one of them is rebuilding their company, certainly around the electric. And many of them heavily going into autonomous as well as changing their business models to handle more of a service or you know, really just the whole industry is changing. So they are paying attention. I don’t know that this is true, but conceptually, generally it’s true. One of my friends said, one of our guys that Michael Alon, who just retired, he’d been Head of Systems at GM. He said every one of the OEM’s has more automation, EV, you know, economists, engineers, than everybody in Silicon Valley, sitting here in Detroit. And they also have big centers, now…I think Ford has 4 to 600 people as an example, sitting in San Jose or somewhere near there. They’ve paid attention, they’re adjusting their businesses and you know, globally very similar that new technology is being pulled into the old. I don’t want to pick winners and losers because I think they’re all playing The Game and the market will figure that out. But it’s wonderful to see. And we’re in the middle of it.

Matthew Hall 7:05
Well, last question I have for you, Rick is when it comes to software validation, especially with future autonomous vehicles in mind. How are companies verifying vehicle software systems?

Rick Sturgeon 7:15
My background, actually, with to Johnson Controls I had a large portion of the engineering, the simulation – 150 simulations and all the testing maybe 1,000 people – for a third of the seats in the world; we had to crash-certified them. I really am looking at this from the end-of-the-line. The lawyers that used to go to court also work for me. First of all, I’m on the SAE Committee, just a more of a watcher than a driver right now, that’s supposed to come up with the standards for validating Automated Vehicles; it’s in the very early stages. I also, on more of the design side, I took about an eight month set of courses at MIT’s once [Dassault Systèmes] bought NoMagic so that I would understand about Model Based System Engineering, which is clearly a big factor here and sort of taking the requirements and turn the more into live specifications. I tell you, there’s a ton of companies, ideas, how do we simulate the machine learning concept people believe in? and others think, how could it ever look at all the scenarios – but there’s a lot going on, you all know that. [Dassault Systèmes], however, made an acquisition of a product called Stimulus, which really uses Constraint Based Mathematics to actually take requirements and model them, but also optimize them and then later on, test the software against them. You don’t need to use use cases. I’ve presented that several times and it’s something new and doesn’t solve the whole problem, but it really has a big effect in the market.

We’ve done some partnerships, as you probably know, with Cognata – which is a very nice set of products – and we probably need to do more, but everybody needs to do more. This is a space where the problem’s not solved. But in the end, we have to have what’s today, I think in most of these tools, Low Fidelity Simulation; that means for me, it’s like a game and when you run it in the test center, it’s not going to match, which is a huge problem. Need to continue to focus on High Fidelity Simulation of Autonomous Vehicles, which in essence means you can simulate it and when you run it in the test, it’ll be close. But if it’s not closed, you’ll be able to see where the simulation failed and you can correlate the simulation a little better. That’s the only way you’ll ever pass these tests to the point where when you go to court, you can show you did your part.

We’re in the middle of it, and it’s exciting!

Matthew Hall 9:42
Well, thank you for joining me today, Rick to talk about what’s going on in the T&M industry and for giving us a taste of what is to come hopefully soon.

Rick Sturgeon 9:49
Thank you. It’s always fun to talk about these things.

Matthew Hall 9:57
To find out more how to Dassault Systèmes is helping advance the Transportation & Mobility design process for Autonomous Vehicles of the future, please visit go.3ds.com/tm. Please enjoy listening to the other podcasts in our ongoing series of the future of design for Autonomous Vehicles in the Transportation & Mobility industry. Finally, don’t forget to subscribe to the podcast series and listen to the other entries available on iTunes SoundCloud and all other major podcast channels.

Will we have flying cars sometime soon.