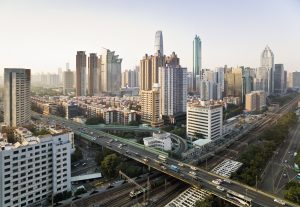 Silicon Valley is on a mission to disrupt finance. Even Jamie Dimon is worried about it. US venture capital funding for fintech startups reached $7.4 billion in 2015, up from $4.3 billion in 2014. But while the money’s flowing, the real action is in China.

According to a new report from Citi’s research division, people in China are actually using fintech products. The three biggest internet companies—Baidu, Alibaba, and Tencent—all have digital finance businesses that are thriving. Baidu Wallet has 45 million users. Alibaba’s Alipay is the world largest fintech startup and processed almost $2.6 trillion in payments in 2015—a third of all third-party transactions in China. Tencent’s financial products accounted for $800 billion in payments in 2015.

China’s fintech and digital banking businesses are growing in part because consumer banking hasn’t developed as much as elsewhere, Citi said. Chinese internet giants have stepped into the void to provide access to financial services via mobile apps. Chinese regulators have also taken steps to promote, not inhibit, financial innovation in China.

China could be where the US is headed. Citi said that China is past the tipping point of disrupting financial services, but the US or Europe is still a few years away. By 2023, 17%, or $1.2 billion, of North American consumer banking revenue will move to digital services, Citi estimates.