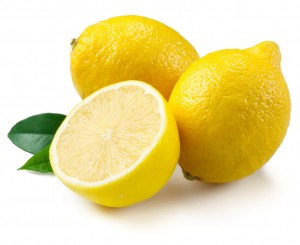 When life gives you lemons, some make lemonade; others use the lemon juice to prevent the spread of gastroenteritis. Indeed, researchers at the German Cancer Research Center found that putting lemon juice on contaminated food or surfaces could be a cheap, practical and safe way to stop the spread of novoviruses, which cause gastroenteritis outbreaks, typically in hospitals, cruise ships and schools.

People who design solutions using simple materials are often called MacGyvers, named after the TV secret agent who would extricate himself from dangerous situations using only the materials to hand.

In India, such innovation is known as jugaad in Hindi. One jugaad pioneer is Ravidranath Tongaonkar, a surgeon in rural India, who substituted mosquito netting for expensive surgical mesh in the 1990s to repair groin hernias.

The idea spread. In Uganda, a piece of surgical mesh can cost $125  and patients often have to buy it themselves before an operation, says Jenny Löfgren, a medical doctor whose doctorate thesis at Umea University in Sweden examined the efficacy of mosquito mesh in Uganda. 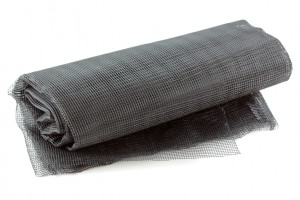 However, when mosquito netting is cut to the right size, washed in water with a mild detergent and then disinfected for 30 minutes in an autoclave, it can do the job, Dr. Löfgren says. It’s important because out of 220 million hernias in the world, only 20 million receive operations. “And those who receive surgery in low- and middle-income settings are operated on with less-effective methods than in high-income countries,” she says.

The findings from our study will address and provide a solution for the inequality of surgery.”

Commonplace items are used for unintended purposes in a wide variety of situations world-wide. Cigarette ash has been deployed to removed 96% of arsenic from water, according to scientists at the Chinese Academy of Sciences in Hefei and King Abdulaziz University in Jeddah, Saudi Arabia. Brazilian scientists have used banana peel to extract heavy metals such as lead and copper from water. Researchers at the Massachusetts Institute of Technology (MIT) have used polyacrylate, a cheap, absorbent material found in diapers, to swell brain samples, making them easier to view under regular microscopes thus dispensing with the need for high-tech super-resolution microscopes. Another MIT team found that paraffin wax didn‘t just seal fruit preserves and jams, but was also a cheap way to encase chemical reagents to isolate them from oxygen, carbon dioxide or water. This allows for pre-measured “grab and go” capsules that don’t need an expensive inert storage container.

While Mr. MacGyver usually had to rely on paper clips and duct tape, today’s lab scientists have access to 3D printers—or at least know-how to make them. Consider the example of Michigan Technical University Prof. Joshua Pearce, who first made a self-replicating rapid (RepRap) 3D printer for about $500, that was comparable to $20,000 models.

He wanted to 3D print inexpensive versions of scientific equipment, such as open-source syringe pumps used in labs to discharge precise quantities of chemicals, in industry as 3D printing tool heads, and in hospitals to deliver medication.

The 3D printer uses open script-based computer-aided design, or SCAD, that calculates automatically the proportions for syringes of any size (whether pushing out tiny droplets or concrete). “You put in which size syringe you want and the size of the motor, and the parametric program automatically scales it and gives you the parts you need to print,” Dr. Pearce says.

You can customize the design, print out the files, then 3D print all the plastic parts, buying the few remaining parts at any hardware store, he says. The pump’s “brain” is an inexpensive credit-card size computer, the Raspberry Pi, which runs open-source software.

The open-source software allows any changes to be widely shared. For example, the software was adapted to Arduino, an open-source electronics platform used on some 3D printers.

“Something you learn from engineering is you can design something exactly the way you want,” Dr. Pearce says. “Today, with open-source designs and easy access to prototype RepRap 3D printers, where you start is you go to the Web and download designs. You can stand on the shoulders of giants and your MacGyverism is taking that and applying it to a completely new application.”