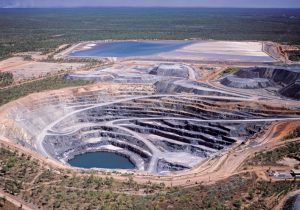 Natural resources companies, like those in many sectors, are adapting technological innovations developed for other uses. They also are breaking ground themselves.

“The interesting thing is that every industry has something to teach other industries,” says Dan Miklovic, principal analyst at LNS Research, a technology research firm in Cambridge, Massachusetts.

Here are some examples of how natural resources companies have adapted innovations from other sectors:

“Mining was one of the first industries to use autonomous vehicles,” Mr. Miklovic says. “Autonomous mining trucks operate all over the world today.”

Autonomous vehicles, including trains and smart mining systems, allow mines in desolate or dangerous areas to greatly reduce the number of workers needed and to improve safety, especially underground and undersea, he adds.

Drones, adapted from the military, are being used to inspect offshore oil platforms in the North Sea and Gulf of Mexico and may be adopted for land use as well if regulations change, Mr. Crompton notes. 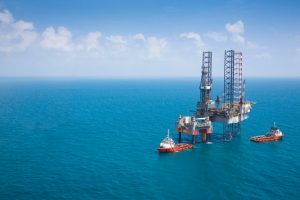 In addition, military and intelligence set an example for cybersecurity. “It’s not well known, but oil and gas is probably second to the government and financial services as a target for hackers,” he says. “Some is intellectual property theft. But it can be even more serious. Everything is connected now and someone can change the control parameters and cause a physical accident.”

Natural resources companies, along with medical imaging, led the way to the development of high-performance acoustic imaging technology to see below the surface, whether of skin or earth, Mr. Crompton says. Companies can model underground reserves in 3D and even 4D, showing the change over time.

Just as manufacturers manage the entire factory as a whole, rather than each critical piece of equipment separately, oil and gas firms increasingly view their operations as a single operation with repetitive functions, notes Mr. Crompton. They drill wells in a repetitive way in order to gain efficiencies and use sensors, control systems and executing systems to monitor the entire operation.

As planes fly, sensors on myriad parts capture and transmit data for real-time analysis so that even small maintenance jobs can be handled while the plane is on the ground between flights.

“Oil and gas is now doing that on compressors, turbines, pumps and even blowout preventers,” Mr. Crompton says.

Diagnostics have greatly improved to predict if a part is about to fail and cause alarms to sound, Mr. Miklovic says. “What they haven’t done is take the analytics to the next level. They haven’t gone past predicting when failures are going to happen, to telling users what to do to prevent the failure.”

Rather than sell a piece of equipment, some suppliers now are selling capability and guaranteeing reliability, Mr. Crompton says, similar to the IT model of “software as a service.” For example, blowout equipment can be leased for a decade with the maintenance included. 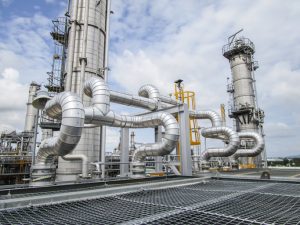 Natural resources companies have employed modeling tools to design distillation towers and cracking equipment, for example, and are now using data analytics to measure how well their models map back to reality, Mr. Miklovic says.

However, they have yet to fully exploit the vast amounts of data they collect, using it, for example, to refine information about rock density, rock hardness and the amount of valuable mineral in the ore to continuously improve production, he says. “Natural resources involve a huge amount of variability,” he adds. “They could do a better job of going back to accurately gauge how well their predictions related to reality.”

A number of technologies are likely to affect the natural resources sector in coming years, from better communications to 3D printing, to better understanding the chemical breakdown of ore as it is getting processed, Mr. Miklovic says.

The challenge the natural resources industry has is it needs to stay current with technologies,” Miklovic says. “Don’t let them get too far ahead because there will be someone in your industry that adopts them quickly.”