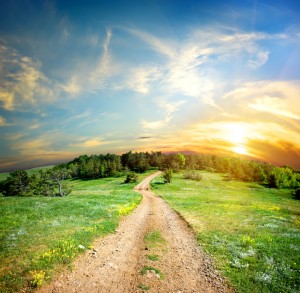 Roads are not just a way to get from A to B. They change how the land is used, especially in rural areas, and can transform lives and livelihoods. But “more” is not always “better.”

Roads allow people to reach health centers, schools and markets, which produces healthier, more skilled citizens, and in turn generates trade, jobs and economic growth. Roads can also lower food and other prices, and cut waste. Indeed, a paved road can halve the chances of spoilage, by getting fresh food to market quicker. According to the Copenhagen Consensus Center, a $239 billion investment in roads (as well as rail and electricity networks) in developing markets over the next 15 years could eliminate $3.1 trillion in food waste.

Yet about 1.2 billion people worldwide still lack access to an all-weather road, according to the World Bank. That is changing rapidly. Roads are being built at an unprecedented pace: 25 million kilometers of paved thoroughfares are expected to be built by 2050—enough to circle the Earth 600 times, says William Laurance, research professor at James Cook University in Cairns, Australia, and director of its Center for Tropical Environmental and Sustainability Science.

But are these roads being built where they are most needed?

We need to focus on roads within a few hours of cities, where most land is settled, agriculture is inefficient and there’s a lot of wastage getting crops to urban markets,” Dr. Laurance says.

“The place NOT to build roads is in the last wilderness areas,” he adds. “The first cut is the deepest. Deforestation is like cancer, and a road is the first tumor.” 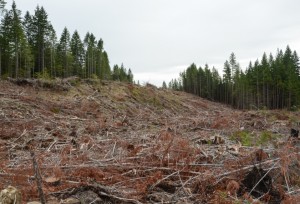 The United Nations estimates that 13 million hectares of forest are destroyed annually, producing 12% to 20% of greenhouse gas emissions—and roads make things worse. A study of Brazil’s Amazon basin found that for every kilometer of legal road, there are three kilometers of illegal roads, and that 95% of deforestation occurs within 5.5 kilometers of roads.

Even with positive initiatives such as the U.N.’s Millennium Development Goals, good intentions in one area can backfire in another. Consider, for example, efforts to bring electricity to the 1.3 billion people without power. This can improve health by keeping food and medicine fresh, and reduce poverty by boosting economic development. Moreover, electricity from hydroelectric dams doesn’t directly emit greenhouse gases. Currently, 3,700 hydroelectric dams bigger than one megawatt are under construction globally, mostly in developing countries.

“It isn’t the project itself. It’s the secondary impacts of all the road building that causes the biggest damage,” he says. 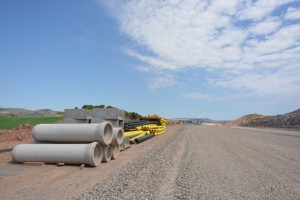 In March 2015, Foundation Earth, a Washington-based nonprofit think tank, wrote to the Group of 20 (G-20) major nations urging their leaders to avoid the kind of large infrastructure projects that lock in emissions and environmental damage seen in past developments.

For example, Costa Rica integrated its national parks via corridors for animal (rather than human) migration. The country’s “biodiversity and restoration go hand in hand with economic development,” he says.

Dr. Laurance and his colleagues believe similar can be achieved if nine steps for navigating conflicts between ecological and economic interests are followed: