In part-two (see part 1) of our round up of the major themes from this year’s World Cities Summit (WCS) we discuss some of the approaches outlined by speakers at WCS and how they are addressing the need for sustainability using technologies such as smart networks, artificial intelligence, big data, and virtual reality.

Many of the sessions during WCS highlighted the success cities have had addressing city level challenges, and they also highlighted the long-term challenges cities face to become sustainable smart cities. The stand out example of how to plan for the long term is Seoul in South Korea, this year’s winner of the World City prize.  The city has been on a 20-year journey to adopt a more inclusive, creative and sustainable approach that is built around citizens, rather than bureaucratic processes and inflexible management structures. 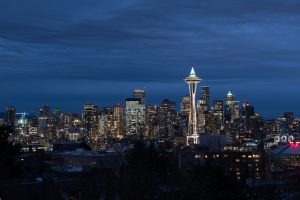 His Excellency Park Won Soon provided insight into how Seoul had managed to steer its strategic operations away from a bureaucratic top-down model, which faced intensifying tensions between the government and its people, into an inclusive, socially stable and people-centric city.  He gave credit to a succession of visionary mayors since the early 2000s, who spearheaded catalytic projects to repurpose urban infrastructure through strong citizen engagement initiatives, data-driven decision making and pioneering urban designs that transformed the built environment into one that is more desirable to residents, visitors and business owners. This was achieved through the creation of a dedicated team to manage urban development projects, as well as provisions for at least 5% of the annual city budget that gave residents a say over local communal issues through the Public Participatory Budget System, a system designed to allow citizens to have direct input into the process of budget allocation and oversight.

Seoul highlights how investments and smart city initiatives targeted at improving outcomes for citizen engagement, socioeconomic development, sustainability, innovation, and the creation of an ecosystem of partners to enhance the quality of life for residents can be intertwined to produce systemic outcomes from improvements in environmental conditions, through to improvements in social outcomes, and the manageability of critical infrastructures and public safety.

It is difficult for all cities to replicate the success of Seoul, but there were a variety of examples offered for how cities are adopting innovation solutions to drive change.  Abhas Jha, East Asia and Pacific Manager for the Social, Urban, Rural and Resilience Global Practice at the World Bank, provided examples of how emerging technology can be used to innovatively manage data assets.  These include using blockchain to maintain land registries in Georgia, capturing geospatial data through mobile apps to enforce zoning permits in Vietnam, and mobilizing biometric ID to help eliminate fraud, waste and corruption in Nigeria.

As cities increasingly network devices to serve as part of city projects, so the volume of data they hold grows.  Cities need to refine and make explicit their strategy around data – not only regarding security and privacy and standards for open data but also terms of its value and use.  While many of these technologies are still in their infancy they will be critical enablers in the future as cities increasingly rely on data, analytics and AI tools to make decisions in real time.

Improved decision making will help cities falling behind their peers

Using data to improve decision making will require the ability to connect various data sets and leverage diverse data streams.  This data needs to be presented to decision makers in an intelligible manner that does not require advanced degrees or training.  Chief Minister Shri Nara Chandrababu Naidu, Andhra Pradesh, shared insight into how his state is leveraging insightful data consolidated from various city government functions to enable better monitoring and decision making. He agreed that integrating data, and the policies surrounding the governance of data, will make or break any smart city aspirations.  He believes that before technologies such as smart networks, artificial intelligence and big data, virtual reality and digital twins can be fully exploited to help cities function optimally there needs to be a clear strategy, supported by policy guidelines. 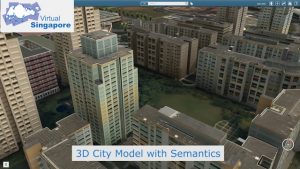 Singapore’s Deputy Prime Minister, Tharman Shanmugaratnam in his speech at the Joint Opening Ceremony of WCS 2018, also highlighted this theme when he discussed how the government is developing Virtual Singapore (a collaboration with Dassault Systèmes), a true digital twin of the entire physical Singapore realized in semantic 3D and based on real-time dynamic data. This initiative, slated to complete before 2019, is expected to fulfill many potential use cases, such as providing support to local projects aimed at planning a barrier-free landscape for senior citizens.

Shanmugaratnam added that JTC Corporation, a state-owned real-estate company is creating urban planning tools that will reside on top of the Virtual Singapore city model and collaborative data platform to allow stakeholders to participate more actively during the digital design phase for Singapore’s industrial estates (i.e. inclusive of road networks and public transportation options, F&B locations, etc.).  While the use of Virtual Singapore is currently being managed and accessed purely by public sectors only, it is envisioned that Virtual Singapore will progressively be made available to participating companies as well as the public in the coming years.

Making data more freely available to citizens, not just enterprises and other government institutions, should be viewed as being essential if cities are to understand the priorities of citizens and to foster a greater sense of participation between citizens and government. 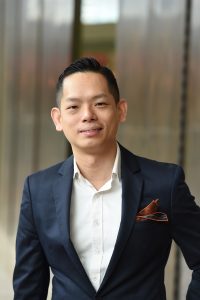 Gerald Wang is the Head of IDC Asia Pacific Public Sector for IDC Government Insights and IDC Health Insights. In this role, Gerald draws on more than 15 years of research and industry experiences in enterprise IT market research, agile change management and innovation-based consultancy, as well as public speaking experiences across several public sector events. His specialties include managing digital government research and strategy advisories, driving industry-partnerships and knowledge ecosystems, as we ll as advocating for digital transformation innovations. Gerald is also the originator and program lead of the annual IDC Smart City Asia Pacific Awards since its inception in 2015.

Mr. Wang was previously a civil servant for the Infocomm Development Authority of Singapore (IDA and now, Government Technology Agency of Singapore [GovTech]), in which he functioned as an IT innovation program lead and a strategy consultant. Gerald had a dual role with IDA International too, where he spent extended periods overseas as an on-site expert delivering national technology master-planning consultancies, as well as ICT infrastructure review and benchmarking advisories to foreign governments.

To date, he has delivered a myriad of public sector transformation advisories and managed programs, both locally and globally, in smart cities, transportation, public safety, critical infrastructures, social welfare, healthcare, education, and economic internationalization verticals. Other prior experiences include being a senior editor for FutureGov Magazine, a Pan-Asian government business news publication, as well as a start-up partner for a local small and medium-sized enterprise (SME).