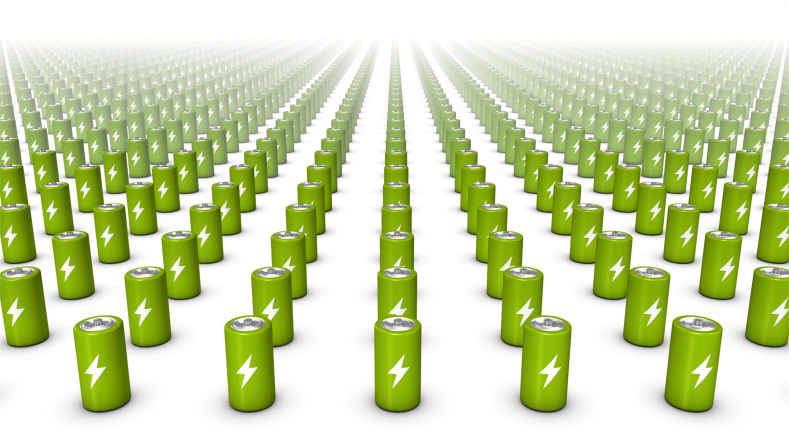 The linchpin in making sustainable energy mainstream is power storage.

Batteries have become longer-lived, lighter, cheaper and safer, thanks largely to the boom in mobile electronics; new materials, nanotechnology and new understanding of electrochemistry are leading to more advances.

Batteries are an old technology, but people are really focusing on research and development now. I have no doubt that 10 years from now we will see some amazing batteries,” says Charles Barnhart, assistant professor of Environmental Sciences at Western Washington University.

Batteries remain a black box on a molecular scale. “There’s a tremendous effort internationally to understand in detail the processes during charging and discharging lithium-ion batteries,” says Olaf Wollersheim, project manager of the Competence E program at the Karlsruhe Institute of Technology (KIT), in Eggenstein-Leopoldshafen, Germany. “It’s really complex, because they are multimaterial systems.”

Lithium-ion, or li-ion, batteries have been adopted by the car industry because they are 98% to 99% efficient. However, they can burn “if they’re not treated with respect,” he says, adding that the auto industry has learned to use them safely.

One avenue for improvement is software to control batteries. “A battery by itself is a stupid thing,” Dr. Wollersheim says. “It stores energy and gives it back. To do that optimally, you need an energy manager—a masterpiece of software. It has to take into account all the specifics of the electrochemistry of the cells. KIT has software with 10,000 lines of code just to control the storage system.”

Such controls can increase the battery’s lifetime and the return on investment. If the battery charges while the sun is still rising, it might be full and waiting for discharge at midday. That isn’t good for making the battery last. A control system might “charge the battery a little bit slower, in order to have shorter times of full charge,” he says.

Research also is looking at how stored energy interacts with the grid. Dr. Barnhart compared five kinds of batteries—lead-acid, li-ion, sodium-sulfur, vanadium-redox and zinc-bromine—to calculate how much energy it takes to store the electricity, including building the devices, and the amount of carbon they emit during manufacture and operation. He paired the different battery types with wind-generated and photovoltaic electricity, and matched them up against the power grid average to find the optimum combination.

Lead-acid batteries have a low cradle-to-grave energy cost, because lead is abundant and the technology is well established. However, they last only 200 to 400 charging/discharging cycles.

By contrast, Dr. Barnhart said, li-ion batteries have higher cradle-to-grave costs but last 3,000 to 5,000 cycles, making them the winner among batteries when paired with both solar and wind sources.

The cheapest, cleanest way to store power, Dr. Barnhart notes, isn’t a battery but pumped hydro—pumping water up a hill while the sun is shining or the wind is blowing, and then releasing the water to turn turbines and generate electricity when the renewable source isn’t working. A similar technology pumps compressed air into an underground cavern to spin a turbine later.

Pumped hydro is 99% of the storage on the grid today” in the U.S., says Dr. Barnhart. “These are simple technologies that last a long time and aren’t subject to complex chemistries.”

However, geography limits the easy options for pumped hydro. In Germany, “there is strong public opposition to converting nice valleys into storage systems,” Dr. Wollersheim says.

A big shift toward electric vehicles would add a large load to the electricity network, says Suleiman Sharkh, professor of  power electronics machines and drives at the University of Southampton in the U.K. “We and others say this would also be an opportunity to reinforce the grid, because those batteries on the electric vehicles are available when the vehicles aren’t being driven around. If we connect them to the grid, they could store energy from wind power or solar panels.”

Such a system would require the system to know in advance the driving needs for the vehicle, to make sure it’s charged enough, as well as information about electricity demand on the grid, he says. Costs would have to be calculated—perhaps car owners could charge for free or be paid for allowing their batteries to be used for grid storage, and for the extra wear and tear on the batteries.

With so much territory uncharted, the first applications of vehicles for power storage are likely to be municipal fleets, especially in China, where pollution concerns are accelerating a shift toward electric-powered transport, Dr. Sharkh says.

“It’s something we think is going to be a good option in the future,” he says.