In 1986 it was just becoming apparent how computers could hugely improve engineers’ efficiency in design and analysis. 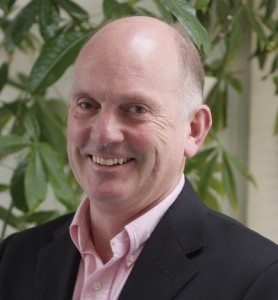 It was with this realization that Geoffrey M. Haines, BSc(Eng), ACGI, C Eng, MIMechE, FRSA, founded Oxford-based Desktop Engineering Ltd. (DTE), writing engineering software and serving as a reseller for established software houses. Since then, Haines has kept an eye out for ways to improve efficiency across various industries.

Since 1999, DTE has engaged CATIA-based solutions to designers, engineers and building manufacturers.

A few years later, the company began to realize that its customers in the automotive and aerospace industries were light-years ahead of the architecture and construction industry.

Years of training and supporting its customers in the use and application of this software had taught DTE’s experts that there were ways designers and engineers could reap big benefits.

It was this observation that pushed Haines into discussions with early adopting customers, who were exploring with Dassault Systèmes how to bring the architecture industry into a new world of design possibilities.

At the Heart of AEC

Haines’ work has benefitted not only from good timing, but a good location.

“I’m very lucky because London is one of the centers of the architecture, engineering and construction industry in the world,” he says. “There is a great deal of respect for the quality and, in some ways, the boldness of design that comes out of some of these firms in the UK.”

The city boasts world-leading architects, engineers and contractors, giving service companies like DTE the opportunity to help connect a variety of members of the architecture, engineering and construction industry.

But DTE’s services aren’t in demand simply because of London’s reputation as a hub for the industry experts — the British government has taken a leading role in promoting digital modeling with its 2011 announcement that the government would require the use of collaborative BIM on state projects by 2016. At this time, the government has committed to BIM Level 2 in an effort to greatly reduce the costs of state-owned projects.

“Level 2 is something the automotive industry did many years ago and the architecture, engineering and construction industry really needs to move further to more of a 3D space where the collaboration element is far deeper,” Haines says.

But pushing the conversation on BIM further has its share of challenges. Haines notes that in many cases architects and engineers are unwilling to sacrifice time on a project, due to the observation that more time spent on design can lead to a better end result.

What is often overlooked is that today’s technology can speed the process to a better end result, making everyone happier in the end.

“General contractors’ margins are so thin they have to be efficient. But on the design side, my challenge has always been to help the architect to see that digital modeling is not a cost, it’s an investment in doing the job faster,” Haines explains. “The challenge I find in dealing with architects and engineers is getting them to appreciate that spending money on the technology should be justified on improving efficiency. In other words, doing it faster so then they can get a better return on investment.”

Tweet: “Digital modeling is not a cost, it’s an investment in doing the job faster” -@Desktop_Eng

Today, more and more owners are looking to speed along high-quality design, and architects are looking for new solutions to meet that demand.

Across the Board Improvements

DTE is bringing this logical argument to a number of players in the architecture, engineering and construction industry who are realizing that better tools can lead to better — faster, cheaper, more complex and more unique — buildings.

Among DTE’s clients are:

The 78-meter-long swirling design is meant to evoke the motion of a stunt plane swooping and tumbling through the sky.

The engineer’s research involved tracing the swept motion volume of the plane using digital modeling, and ultimately dividing those motions into more than 32,000 unique parts. The modeling information was translated to laser cutting machines that crafted the exterior aluminum panels and a hidden interior structure of continuously undulating plywood.

Haines has seen a number of improvements in the industry, but believes there is further to go. Moving to the cloud, he says, has provided tremendous benefits for customers.

It is by moving beyond simple file sharing to fully integrating the work of all parties from design through fabrication and construction to boost project efficiency while providing the highest quality in design.