Solar energy has been the promise of the future for a long time now—the solar cell was invented in 1883. Yet it looks as if the coming decades will be when solar power truly finds its place in the sun. 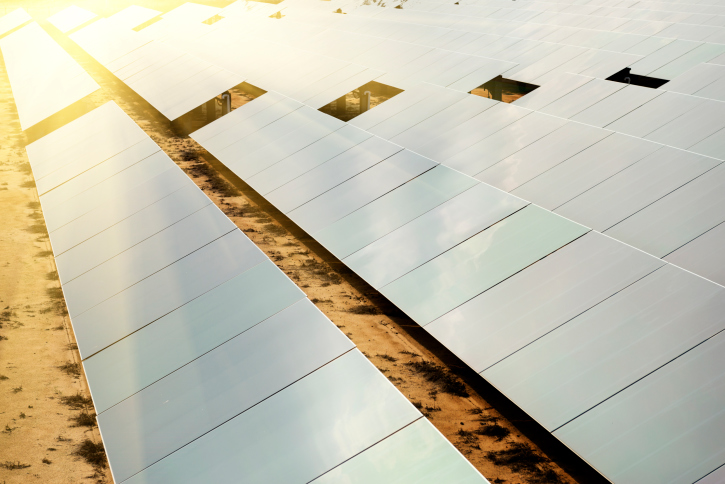 There’s been a six-fold reduction in the cost of solar panels since 2008. The full implication of that isn’t as widely appreciated as it could be,” says Martin Green, professor at the Australian Centre for Advanced Photovoltaics at the University of New South Wales in Sydney. “Solar panels now are getting to the kind of cost that makes them interesting for more applications.”

Those future applications could see commercial and residential buildings clad in solar panels. Already, the Delta, a self-powered building in New York built by Voltaic Solaire, uses solar panels on two sides of the building, as well as other solar panels that act as awnings above the windows.

Eventually “we will make transparent or semitransparent windows that use some of the light to generate electricity and the rest to light the interior,” Dr. Green says.

Drones may use solar panels to allow them to stay perpetually in flight. Mainstream aviation could someday use solar panels to make hydrogen for fuel. Researchers at the University of Notre Dame in Indiana are working on paint with nanoparticles that will convert sunshine to power and turn any surface into a solar panel.

“If electric vehicles take off the way they’re supposed to, solar power could be a range-extender,” Dr. Green says. A rechargeable electric vehicle could juice up its batteries any time it’s parked in the sunlight.

Meanwhile, there’s an electric-car charging station in Pflugerville, Texas, that uses a giant sail made by Pvillion, a New York maker of flexible solar panels.

Another solar technology could recharge electric cars in a flash. Eicke Weber, director of the Fraunhofer Institute for Solar Energy Systems in Freiburg, Germany, drives a fuel-cell car requiring hydrogen as a fuel. The Fraunhofer Institute has a charging station that converts solar power into hydrogen. A fill-up there takes only five minutes at 700 bar, to deliver three kilograms of hydrogen, which can power the car for 300 kilometers.

Photovoltaic panels keep getting more efficient—commercial panels are able to convert 20% of the sunshine that falls on them, up from 7% to 8% when the industry began. “I think we will [reach] 30% to 40% efficiency in 20 years,” Dr. Green says.

Greater efficiency means cheaper panels because they could be smaller, and glass and packaging account for a large part of the cost. The key material in photovoltaic panels is silicon, which is the second most abundant element on Earth after oxygen, and is nontoxic to boot. 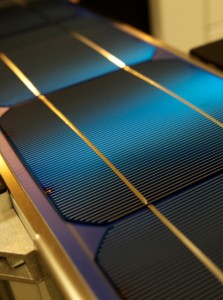 The silicon used in solar panels is in a crystalized form, which resembles that of diamonds, and are nearly as strong as the gems.

Diamonds are for ever and silicon is almost the same,” Prof. Weber says. “Silicon has a very, very long lifetime.”

Tweet: “Diamonds are for ever and silicon is almost the same” – #Solar Energy Prepares to Shine: http://ctt.ec/8nhGM+ via @Dassault3DS #energy

New technologies continue to be developed. There are efforts to use a multilayer structure, which is very efficient but costly. To reduce the cost, the panels are cut into 1,000 small cells, each about two millimeters square. These are placed under a big lens that focuses the light on them, but the cells must move along two axes to track the sun, Prof. Weber says.

Solar power has entered a virtuous circle, where technological advances have led to greater efficiency, which has brought down the cost, which has expanded the market and has generated interest in research and development for new solar technology, Prof. Weber says.

Solar electricity in Frankfurt now costs about €0.10 ($0.14) per kilowatt-hour, he says. In Africa, it can cost as little as six or seven cents per kwh.

By contrast, average residential electricity prices, including taxes, in 2012, were €0.26 per kwh in Germany and €0.19 on average for the 15 original members of the European Union, according to the European Residential Energy Price Report by VaasaETT, a global energy think tank based in Helsinki. Electricity from oil costs about €0.20 per kilowatt-hour.

Most people are not aware that solar electricity has a lower cost of production than for electricity from oil,” Prof. Weber says, adding: “In a decade or two, solar energy will cost just two to three cents per kilowatt-hour.”

Tweet: “In a decade or two, solar energy will cost just 2 to 3 cts / kWh” – Solar Energy Prepares to Shine: http://ctt.ec/VbbdI+ via @Dassault3DS

Shopping centers also have discovered the benefits of solar power. Retail buildings consume power during the day—when tariffs tend to be the most expensive—yet that’s ideal for making the most of solar power, he says.

One of the drawbacks of solar power—that it’s available only during the day—could one day change as well. Not just through better battery technology, but by creating a global grid.

We can imagine a world that’s globally connected,” Dr. Green says. “We’ll be able to transmit electricity from wherever the sun is shining to where it’s needed.”