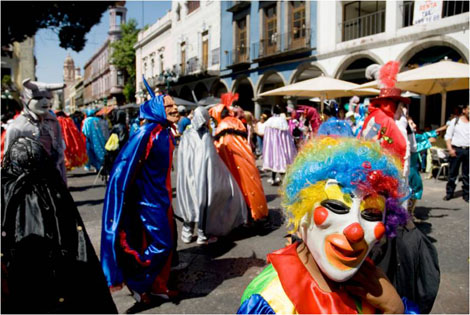 Social Media! This term has been used and overused over the last few years. It seems the whole world has gone “social”.  Truth is we were always social, we’re just using the internet as a medium to become more social, and expand our network.

Social Gaming, was the buzz-word at the recent Game Developers Conference (GDC).  Even the larger game companies are jumping on board  the bandwagon and developing more “social games”, not just single or two-player games for your Playstation, XBOX, or Wii.

I would imagine you could guess the definition.

As WordPress and YouTube have revolutionized “Social Media”, 3DVIA is revolutionizing  the way we will build 3D online games.

Social Game Development allows artists, designers, and developers to work collaboratively on the same game, without being in the same location.

The first game created using 3DVIA Studio, is quite impressive and was built in only seven weeks:  Billions, Save them All, is a game built by 3DVIA, ZOINK Games and JUDIVA Entertainment.  The great thing is that we are allowing others add to the game.  The source code for Billions is open to all, so anyone can add another level, another character, or another barrier.

Here is a presentation from GDC with Klaus Lyngeled, the Creative Director of Zoink Games, about 3DVIA Studio and Social Game Development:

Here is an example of Social Game Development in action:
I am a 3D artist, not a game designer, or a developer, but I have a great idea for a 3D game.  I want to design the environment and characters for the game, but I do not have the technical skill to write software.  So, I login to 3dvia.com, and search for developers who can help me. After a simple search I find a developer, or two, who can create the game, or parts of the game such as a plugins or component.

But why is this so revolutionary?

Before games were built in one office and the game had to be compiled daily.  If the artist happened to be in a separate location, there was no easy way to see the game.  With 3dvia.com this is no longer a problem.  Using 3DVIA Studio, the developer just publishes the game (no compiling) to 3dvia.com, and sends me (the 3D Artist) the link.  I can test the game in my browser, from any computer with web access.

I’m very excited about Social Game Development and can’t wait to see what games 3dvia.com members will team up to build over the next few months.

For more info about Social Game Development and 3DVIA Studio take a look at this 2-minute video:

To get started with 3DVIA Studio (for FREE) start here.

So what do you think about this?