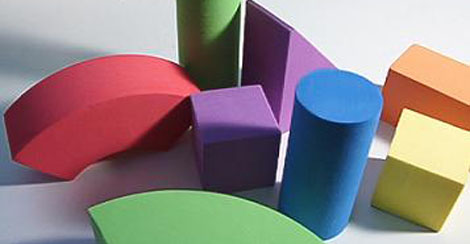 Hi, this is Richard. Before I talk about Passion for Innovation, my usual playground, I’d like to share some thoughts about 3D as a universal language.

First, let me tell you I’m really fond of languages. I think language reveals many things about the unique genius of a given people. The origin and evolution of a language is tightly linked to its speakers’ history, and the colloquial expressions reflect the way they see the world. That’s why I try to learn some basic words and useful sentences whenever I travel in a country I’ve never been before. It’s a matter of respect and helps me to be open to other cultures.

So, what’s the link with 3D? At Dassault Systèmes we believe that 3D is a language in its own right, a universal language. At this point I imagine some of you may be raising your eyebrows in sort of a “what the heck are they talking about?” kind of way. Let me explain.

Getting rid of the Babel curse is an old dream, which led to humans trying to build universal languages. The most well-known ones are Volapük and Esperanto. Although the latter one is still spoken today, all failed to fulfill the dream.

The reason is that you do not build a language from scratch. As mentioned before, a language is tightly linked to history and the genius of the people who forged it. It reflects the people’s deepest nature.

So, are we hopeless? Of course not. Here enters 3D.

Look at children. Before they can speak as adults do, kids naturally use drawings to communicate their vision of the world and their feelings. They also use gestures. Adults will use gestures as well to try and communicate with foreigners when they do not know a single word of their language.

As soon as we can’t rely on words, we resort to a direct, non-verbal, more or less accurate representation of the world. In other words, we draw– either on a flat surface (2D) or “in the air” (3D gestures).

If we could have a direct, exact representation of the world to present to other people, we would use it to communicate. That’s the point. Interactive 3D is the solution.

Let’s take an example: Jean-Pierre Houdin’s theory about the Great Pyramid building. The downloadable full story is as crystal clear as humanly possible. However, building such a monument needs techniques which are delicate to put into words. Because we all have different backgrounds and experiences, some specific words will carry different meanings, some sentences will ring loud and clear for architects or scientists but not for people unfamiliar with those universes.

Now, let’s consider the 3D site. Watch Jean-Pierre’s avatar explain his theory “in person”. Experience the interactive, 3D navigation. Walk around the pyramid and navigate to places where you would like to see more details. You can do it, it’s all in 3D, and it’s all real-time and interactive. Best of all, if you have a chance to attend the immersive 3D show at La Geode (a giant media dome in Paris), you will experience Khufu’s building as if you were in Egypt at that time. Wearing special glasses, you will be among the workers hauling blocks of limestone and see the monument taking shape stone after stone. No lecture, no matter if it’s made by the world’s best orator, can match that.

3D eliminates all barriers. It’s not anymore about cultural or educational backgrounds. It’s all about pure experience, sensations and emotions. 3D talks directly to your senses.

That’s why we believe 3D is the universal language. We’ll show it through new, exciting projects soon. Stay tuned!