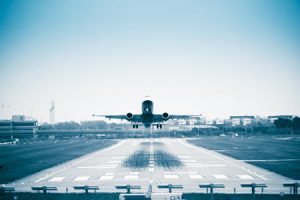 The 52st Paris Air Show at Le Bourget brings together leaders in aviation, space and defense to inspire all who attend with the technology and marvels of flight on display.

While there are far too many to include, following are some of the many innovative aircraft making their 2017 Paris Air Show aerial debut:

Inspiration will surround us from earth to sky through many exciting innovations and achievements. The space segment is seeing tremendous growth from both government and private-sector interest, making one wonder whether space travel for private citizens will be common by the 75th Paris Air Show. In between the marvels of the air show above Le Bourget, attendees will marvel at the developments in additive and subtractive manufacturing, advances in 3D printing and future factory technologies showcased in the static displays in the exhibit halls and on the ground.

The speed at which companies innovate is increasing. Established original equipment manufacturers (OEMs), used to competing with the usual suspects, now have to keep an eye on start-up OEMs, well-funded by billionaires like Jeff Bezos, Paul Allen and Elon Musk who made their money in dotcoms and software. This renaissance in space and aviation shifts the paradigm for traditional companies. There will be industry growing pains under this fast pace, but those that innovate their way forward may improve their odds of remaining at the top.

The 3DEXPERIENCE® platform helps companies lower the risks involved with accelerating innovation. 3D immersive experience, 3D design and the ability to virtually simulate systems and parts from initial concept through manufacturing and into the field allow products be optimized before they are built. And, having the ability to bring teams work together across the globe with real-time status dashboards means program teams and leaders can extend the old boundaries of innovation. Now, start-ups have access to technology on the cloud that previously was only in the hand of big players. Conversely, established companies can take more risks and innovate freely and virtually without the constraint of physical prototypes. Having a complete 3D model of parts and systems allows for much better understanding of a product – including fit, form and function – and the ability to plan factory automation gives aerospace and defense companies the tools to meet industry challenges.

See the potential of 3D augmented reality for enhancing user performance in the context of configuring our multi-mission, multi-role UAS. Ask us to see the 3DEXPERIENCE demonstrations that inspire you and help drive your innovation.

Although we now serve a dozen diverse industries, Dassault Systèmes‘ roots began in aviation. Our first customers came from aviation over 30 year ago. Since then the company has become known for its 3D software and 3DEXPERIENCE platform that transforms how aerospace leaders, engineers, designers, and experts work. We equip companies with the technology to make decisions, manage, define, collaborate, and manufacture aircraft and other systems virtually before they are built.

We look forward to participating in the 2017 Paris Air Show, surrounded by inspiring companies and innovative leaders. Visit us in Booth E172, Hall 2B. Follow all the developments from Le Bourget on Twitter @Dassault3DS and @3dsaerospace.

A b2b tech marketer the last two decades, I create content and go-to-market strategies. I share stories from experts and customers around the world who create advancements across the eleven industries we support. A few of my favorite things when not working: traveling, warm weather, watching baseball and spending time with family and friends.