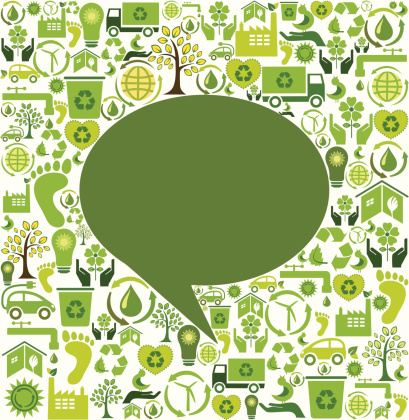 To understand how recycling will evolve in the future, follow the money.

“The reason recycling happens is because you can make money. Nobody aspires to pick through somebody’s trash. They have to have an economic incentive to do it,” says Adam Minter, author of the book “Junkyard Planet: Travels in the Billion-Dollar Trash Trade.” “Good intentions don’t turn old beer cans into new ones. If you want to have a sustainable recycling industry, you have to focus on the economic side of it.”

Recycling revenue in the European Union from seven main categories almost doubled to €60 billion from 2004 to 2008. Recycling revenue fell in 2009 along with the global economic slump as because prices for secondary materials fell but it has since recovered, according to Eurostat.

Recycling isn’t just about the environment—it’s about manufacturing. “The recycling industry is a raw-materials industry,” Mr. Minter says. “It competes with mines, forests, oil drillers.”

Indeed, improving technology now makes it possible to recycle an aluminum can using 95% less energy than to make a new one from raw material.

China is the biggest importer of waste for recycling. While China is a low-cost country, the picture is more complicated—after all, wages in China are about 10 times more than those in India, which imports less waste for recycling. The key is that China, as the world’s largest manufacturing nation, needs the raw materials.

Recycling follows manufacturing. If there isn’t demand for raw materials, recycling isn’t going to happen,” he says. “We’re entering an era of relative resource scarcity. Everything has gone up in price because there are more middle-class people in the world who want more resources. As raw materials become scarcer and more expensive, recycling will grow. If there’s value in something and it can be transported to a recycling plant, it’s being recycled now.”

Take Christmas tree lights, an example Mr. Minter details in his book and one that illustrates how recycling is likely to evolve in the future. The U.S. has many wire recyclers, who reprocess power lines and other kinds of wire, provided it contains at least 80% copper. “Anything below that, they’ll pass on,” Mr. Minter says. “Before China came along, a lot of that would go to a landfill. That includes Christmas tree lights, which are about 28% copper. They’re not as worthwhile to recycle.”

However, in the mid- to late 1980s, scrap yards in the U.S. began collecting Christmas tree lights and sent them to China, eventually exporting 20 million pounds of discarded strings of lights a year. At first, the garlands would be burned to eliminate the insulation and get to the copper. However, after 2007 the price of plastic started to escalate, driven by the price of oil.

Suddenly, it became attractive to recover the insulation. So recyclers changed their methods, chopping up the Christmas tree lights and using water to separate the heavier copper from the glass and plastic. The plastic is recycled into items like soles for bedroom slippers, Mr. Minter says. It’s also used to make new Christmas tree lights.

Developed countries tend to see themselves as dumpers of waste, with poorer countries as the dumpees. However, 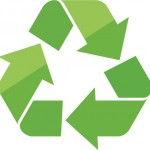 “nothing goes from the U.S. to the developing world to be dumped,” Mr. Minter says. “That electronic waste moving from the U.S. to China is being bought. Somebody does it to make money. The means they use to extract value from it might not be clean. But a lot of that stuff is still legal to dump in a landfill,” which isn’t an environmentally friendly solution either.

A discarded computer in the U.S. will be shredded, and magnets and other technology used to pull out what’s valuable—about 40% to 60% of the total. However, in China or other developing countries, hand labor will dissect that computer and pull out more than 90% of it for recycling, Mr. Minter says.

The search for raw materials in waste is likely to become ever more ingenious as demand grows and technology creates new possibilities.

Researchers are working on ways to break down thermosets, a kind of heat-resistant, chemically stable plastic that hasn’t been recyclable. And some companies are recycling plastic back into oil. Meanwhile, researchers in Poland have found a way to recover nickel from spent consumer batteries to be used for electrodes in new batteries.

There are constant improvements in the technology,” Mr. Minter says. “But recycling is not the panacea. It just extends the life of materials a little longer. Eventually you need new materials. If you care about the environment, reduce your consumption and extend the life of what you already have. Once you’ve done that, then recycle.”