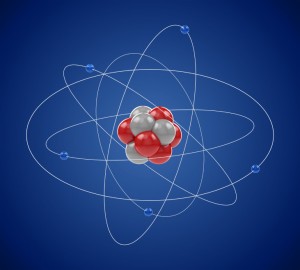 In the future, quantum computers will harness individual atoms or photons to do calculations that are currently impossible.

A quantum computer operates according to the very different rules of the quantum world, where, for example, atoms, photons (light particles) or subatomic particles can be two different things, or in two places, at the same time. So a computer made of atoms could do many computations simultaneously, explains Simon Benjamin, professor of quantum technologies at the University of Oxford, U.K.

In the future, quantum computers will harness individual atoms or photons to do calculations that are currently impossible.

In regular computers, a bit is a 0 or a 1. In quantum computers, a property called superposition means a bit—called a qubit—can be a 0, a 1 or both at once. “It sounds nonsense,” Prof. Benjamin acknowledges.

Nevertheless, researchers are testing different kinds of qubits in different settings. Oxford University uses individual atoms of calcium in a vacuum, trapping them with electric fields so they don’t touch anything. “When the rest of the world touches a qubit, it makes it collapse and be either a 0 or a 1, and you’ve ruined it,” Prof. Benjamin says.

Oxford researchers use an ion trap which removes one electron from an atom, giving it an electrical charge, and making it easier to move. The ions are then shot with lasers, to create a ground state, an excited state, or a superposition (i.e. both states at once).

Controlling qubits is hard,” he says, but Oxford’s qubits are “arguably the best in the world, based on how they behave.”

A third approach, called a nitrogen-vacancy center, uses pink diamonds, whose color comes from a nitrogen atom where there’s a missing carbon atom. “You can put an extra unit of energy in that center,” Prof. Benjamin explains. It produces light, which will tell you whether you’re storing a 0 or 1 there.

“It’s a race among those approaches and some others,” he says. “In a few years’ time we’ll know who has won.”

Martin Laforest, senior manager, scientific outreach at the Institute for Quantum Computing, University of Waterloo, Canada, agrees it’s too soon to pick a winner. But he believes that superconducting qubits have momentum because they capitalize on nano-fabrication and microwave technology that have been developed over 50-60 years and push them to the extreme.

Although small computers with quantum properties exist, they aren’t yet faster than the best classical computers. In time, however, what might a quantum computer be able to do? 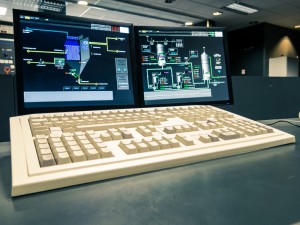 Like conventional computers in the 1940s, the first quantum computers could be powerful code-breakers. They could also be used for simulation, a potential game-changer in pharmaceuticals, clean energy and new materials.

Simulation could, for example, lead to better superconductors that transport solar energy collected in, say, the Sahara, to anywhere in the world. “Superconductors allow us to conduct electricity with zero loss,” Dr. Laforest says. “The problem is they work at minus 100 degrees Celsius and below. But imagine a superconductor that works at room temperature. We can’t do it now because we don’t fully understand how superconductors work. Our computers aren’t powerful enough to simulate how they work.”

Pharmaceutical design is mostly trial and error because “we don’t know exactly how a certain molecule of a drug interacts with the human body, or how the shape of a molecule interacts with other molecules, so we can fix any problems,” Dr. Laforest says.

Simulating molecular interactions is too complex for today’s computers, partly because molecules behave according to the rules of quantum mechanics. “But a quantum computer already works with quantum mechanics,” he says.

Similarly, quantum computers could be used to create new materials with new properties, such as strength, flexibility or conductivity. “These things would have a big impact on society,” Dr. Laforest says.