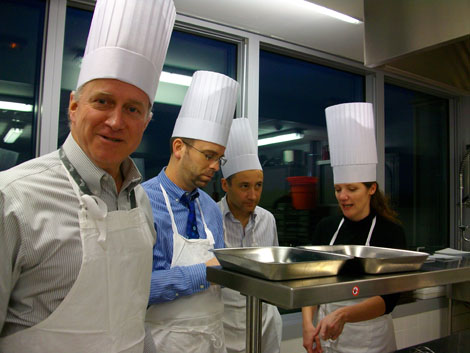 Last week I had the opportunity to participate in a team building activity at DS Campus in Vélizy, France.  Participants were grouped into small teams to cook desserts for the rest of the group. This was an interesting proposition as most of us knew how to cook (eggs and toast!!!) but not French cuisine sweeties. 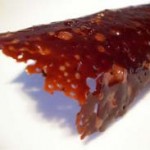 After dressing up like a real chef with the apron and hat, we received instructions from the pastry chef, mainly explaining the order of mixing the ingredients to make ‘’Tuiles’’ (tiles). Being francophone but from the other side of the ocean, I had no clue of what the end result was supposed to look  like!

The mixing part went very well as my partner melted the butter perfectly. However when the time came to spread the mixture on the baking sheet, we did it with too much thickness. The pastry chef got upset because we put on too much batter, saying the result would not be great. 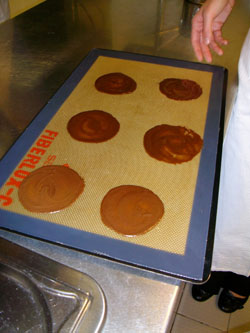 He was right.  After being cooked, the  ‘’Tuiles’’ were all mixed up into one big tile. We had to rework and correct the result by hand cutting the right portion to finally giving the acceptable shape. Overall they tasted good but the shapes were original and probably could have been  called New Cuisine!!!

After this nice team building exercise, I thought that this experience could  have been an excellent opportunity to use some of Dassault Systèmes’ PLM  solutions to get better results.

In fact, if the pastry chef would have showed us the virtual representation of the ‘’Tuiles’’ before we started,  using 3DVIA per example, then we would have a better idea of  the expected end result. (See What You Mean!). In addition, we could have used ENOVIA to manage the ingredients, tools and equipment to be used and thus creating a little BOM.  Work instructions, which were sometimes difficult to understand, could have been showed using 3DVIA Composer, and finally DELMIA  for simulating the work process in its entirety.

You may think that I am exaggerating by pushing the use of PLM in a kitchen. Maybe . . . but this is a simple example that demonstrates that if we could use it there, then we could and we should use it  everywhere.

Business Development professional working for Dassault Systèmes since 2001 and always having the Passion for our solutions which provide great values for Innovations.