Paris Air Show goers came prepared for more than just scorching hot weather. They arrived with an open mind, or as the French say, esprit ouvert, to be inspired by the aerospace innovation the Paris Air Show delivers to the world. Audiences blinded by the sun and the outstanding air acrobatics could take a break and walk the cool exhibit halls filled with displays highlighting industry advancements from seemingly every major aircraft manufacturer and supplier.

The sheer size of Le Bourget air field, museum and many exhibition halls makes it difficult, if not impossible, to see everything. There isn’t enough time to walk every last display. However, most schedule their day to see the amazing flight demonstrations.

The Embraer commercial E195-E2 airliner flew over Le Bourget in its inaugural international flight demonstration. The aircraft stood out because golden eagle face on the nose cone and “profit hunter” on its side to reinforce the Brazilian plane’s efficiencies aimed at boosting airlines’ profits. Embraer also debuted two other top aircraft in their class: the military KC-390 medium transport and the Legacy 450 business jet. All three are “fly-by-wire” planes which means an electronic interface is used instead of conventional manual flight controls.

The Dassault Systemes 3rd Insiders’Breakfast brought together three partners in its 3DEXPERIENCE Center network to share the value this network of innovation labs delivers to industry and academia:

Like all things, 52nd Paris Air Show comes to an end. We must go home. The quirky conceptual vehicles that hover or fly move to the next show. The graceful Airbus and Boeing jumbo jets, and show stopping, Dassault Rafale and the Lockheed Martin fighter jets return to their missions. At least video and images captured the aerospace innovations and the excitement.  All is burned into our memory until we can experience it again next time. 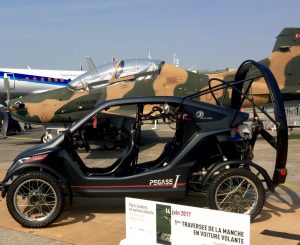 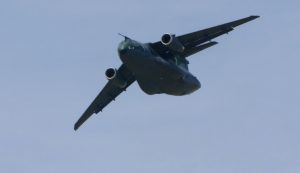 A b2b tech marketer the last two decades, I create content and go-to-market strategies. I share stories from experts and customers around the world who create advancements across the eleven industries we support. A few of my favorite things when not working: traveling, warm weather, watching baseball and spending time with family and friends.