What do Bill Gates and the Beatles have in common?  Why are some people outrageously successful while others who may have the same skills, talent or education simply plug along quite well but do not necessarily enjoy extreme success?

I recently read a great book called Outliers, The Story of Success, by Malcolm Gladwell, and started to connect the dots between his theory of success and our upcoming DS Customer Conference. 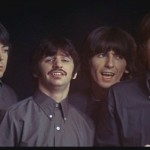 The Beatles, arguably the most famous rock band in history, were a struggling high-school band playing at small clubs in England when they were invited to play in Hamburg, Germany in 1960.  Over the next two years they played 270 nights in Hamburg.  Before their US debut in 1964, they had performed live close to 1200 times.

Bill Gates, one of the world’s richest men was a brilliant, yet bored 8th grader in 1968, when his school had a fundraiser and used the money to buy a time-sharing computer terminal – quite unusual in 1968.  Gates became obsessed with programming and practically lived in the computer room.  According to Gladwell, in one seven-month period Gates and his friends spent close to 1600 hours of computer time, averaging out to eight hours a day, seven days a week.

The Dassault Systèmes Americas Customer Conference will convene next week in Orlando, Florida.  Among the keynote speakers, we’ll hear from Mike Relich, CIO of Guess, Inc., and Frank Paluch, VP Honda R&D Americas about their journey to success, their dreams for innovation – which like the Beatles or Bill Gates involve practice, commitment and a dose of opportunity.

These industry leaders are clearly committed to their craft whether that means designing the most successful cars on the planet or crystal-studded jeans.  At DSCC, attendees from a variety of industries including aerospace, apparel, automotive, consumer packaged goods, energy, high-tech, industrial and life-sciences will share stories of success and how to make the most of the opportunities that are available to all of us.

If this sounds interesting to you, stay tuned for live blogging from the event here at 3D Perspectives.  You can also follow DSCC on Twitter. 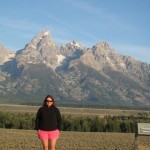 Sharon Rodger is the director of Public Relations for ENOVIA and loves the Beatles.

Latest posts by Sharon (see all)