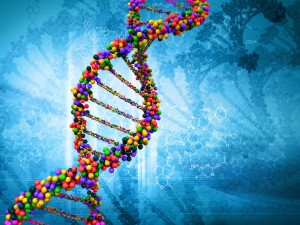 “Next-generation sequencing” (NGS) is the latest step in genomic sequencing. Currently NGS is used mostly in the lab, but possibilities for clinical applications are opening up.

Sequencing of the entire human genome was completed in 2003, a process that took over a decade. The goal was to identify all the three billion base pairs of deoxyribonucleic acid (DNA) in our 23 pairs of chromosomes. Genes are segments of the chemical compound DNA, passed down from parents to children, and mutations in our genes are linked to many diseases, from cancer to inherited conditions such as sickle-cell disease, cystic fibrosis or Tay-Sachs disease.

Faster computers, new technology and better optics are giving medical researchers a big boost, while also cutting costs. For example, the supercomputer at the Argonne National Laboratory near Chicago— jointly ordered by Argonne and the University of Chicago in 2010—can analyze 240 whole genomes simultaneously in two days, compared with the several months it takes to analyze a single whole genome with less extraordinary computers.

“The speed and depth of coverage for looking for mutations has improved,” says Glen J. Weiss, director of clinical research and medical oncologist at Cancer Treatment Centers of America at Western Regional Medical Center in Goodyear, Arizona, and associate professor in the cancer and cell biology division at the Translational Genomics Research Institute (TGen), based in Phoenix.

“Turnaround time for getting results has improved. Is it ready for direct clinical applications? At this time, yes, though in a fairly limited way.”

Many of the genes being sequenced don’t yet have a sufficiently complete picture to apply to clinical use. “Whole-genome sequencing is still research-oriented, trying to identify mutations associated with carcinogenesis,” Dr. Weiss says. 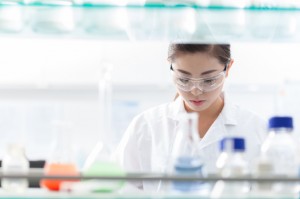 Research isn’t restricted to DNA. Ribonucleic acid (RNA) also plays a role in cells, passing genetic information from DNA to proteins. New aspects of RNA’s importance have only recently been uncovered. The set of all RNA molecules is called the transcriptome. Exons are the part of the gene that encodes proteins, and all the exons in a genome are called the exome.

Whole-exome sequencing is mostly used in research, for example to find genes related to glaucoma. In the clinic it has helped doctors pinpoint previously undiagnosed uncommon genetic diseases in patients.

Whole-genome sequencing has been used on cancer patients to compare tumor DNA with patients’ normal DNA, so doctors can choose the best treatment based on the mutations that were found. Treatments are specific to the cancer’s genetic profile, so speedy analysis of that profile is essential for patients with metastatic cancer.

Whole-genome sequencing also has been used on pathogens, such as bacteria. Real-time sequencing of Acinetobacter baumannii, a bacterium which is resistant to many drugs and which attacks severely ill patients, helped Queen Elizabeth Hospital Birmingham in the U.K. control an outbreak of a new strain of A. baumannii. Similarly, it was used to track methicillin-resistant Staphylococcus aureus (MRSA) in other hospitals in the U.K. and Thailand.

Whole-transcriptome sequencing has found genetic markers in blood related to post-traumatic stress disorder, uncovered a cell–signaling pathway related to inflammatory bone erosion and rheumatoid arthritis, as well as revealing which genes are active in human muscles and how muscles in men and women differ.

Dr. Weiss was part of a team using a combination of whole-genome sequencing and whole-transcriptome sequencing to identify more targets in a person’s tumor—targets that might respond to specific treatment.

However, “for the most part, in the past 15 years, using precision medicine and sequencing based on tumors has not yielded as much success as we would have liked,” Dr. Weiss says. When imatinib hit the market in 2001 as a treatment for chronic myeloid leukemia (CML), a cancer of the white blood cells, “we thought targeting would be the cure-all for all cancers. The naivety of researchers, then, is that CML has only one driver abnormality,” he says. “But other cancers can have a whole slew of other abnormalities, instead of just one, but dozens of molecular subtypes.” 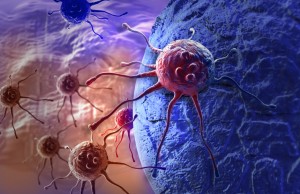 For example, several years ago lung cancer was linked to only a couple of genetic mutations. Today, we know that “there are about 15 different mutations, and each has a unique prognosis and outcome with a drug,” Dr. Weiss says. However, “if you look at a pie chart of how much individual mutation makes up out of the overall lung-cancer population, for nearly half of cases we don’t know what’s driving the cancer,” he adds “There are still a lot of unknowns.” What we do know for sure is that genetic sequencing has a growing role to play in medical research.