In this video, we share our findings in building real-time 3D experiences with consumer headsets so as to go beyond the FPS gaming usage for which they are designed. The issue is that such experiences tend to isolate the user from his own body, have him lose contact with other people in the room and with the real world.

Analyzing the usage of large cubic immersive rooms (CAVEs) in industries such as Automotive or Aerospace, we propose an experience that brings some elements of reality to the eyes of the user of an Oculus Rift, allowing him to see his own body, perceive the real surrounding world and interact with it, as well as have social interactions with other people in the room.

To achieve these results we use a fixed Kinect for Windows that generate a 3D point cloud of the user’s body and of his surroundings. Although not very dense, the point cloud is surprisingly present to the user when seen from his eyes through the headset.

The three features presented in this video are known to bring the following benefits: 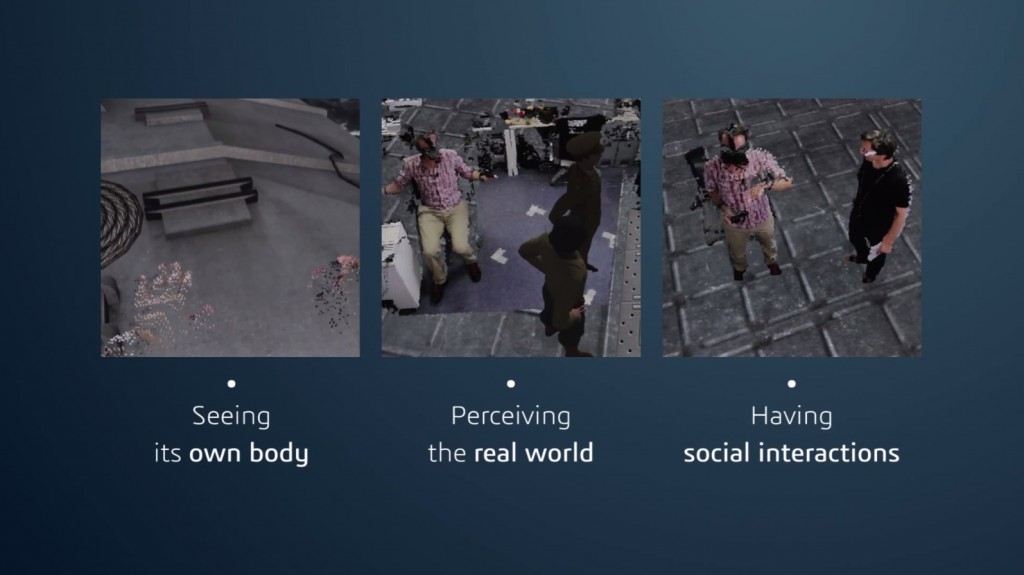 About the iV Lab: at the heart of the 3DEXPERIENCE Lab, the iV Lab explores the usage of emerging UX technologies by building and sharing original prototypes; it connects Dassault Systèmes with scientific and technology players in the Virtual Reality (VR), Augmented Reality (AR) and other domains where the body is highly coupled with the virtual.

David Nahon is 3DEXPERIENCE Lab Immersive Virtuality Director,  at Dassault Systèmes. You can connect with David on Twitter @iVEvangelist or through LinkedIn.

Latest posts by David (see all)