Future technology to detect and treat diseases is coming from some surprising sources. We talk about “fighting diseases” or “fighting cancer,” for example. Well, how about using military technology for medical devices? 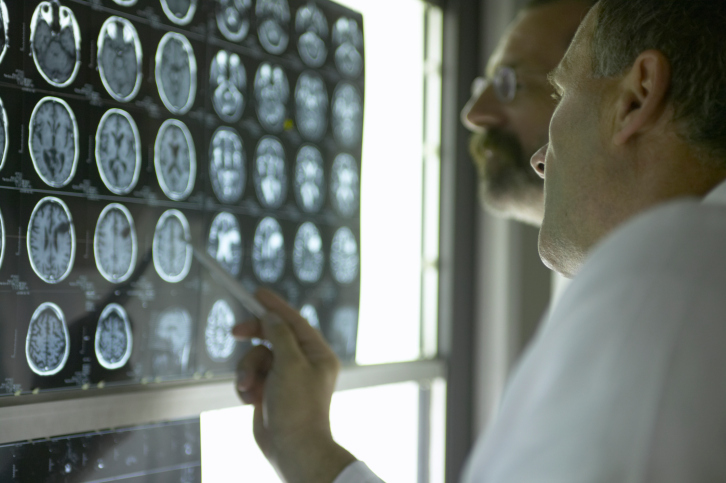 MelaFind, which is already on the market, uses innovative spectral imaging and software-driven technology born from missile-navigation systems to help dermatologists detect melanoma at its most treatable stage.

Melanoma accounts for only 5% of all skin cancers but is responsible for 75% of deaths. Caught early it’s almost 100% curable; however, by the time melanoma goes more than 1mm below the skin, patients have a 50% chance of dying, usually within a year.

“Dermatologists are probably the last group of physicians who don’t use imaging as a standard,” says Rose Crane, chief executive and president of MELA Sciences, the Irvington, New York, company that makes MelaFind. While dermatologists are very good at spotting melanoma vs. benign moles, many cases are difficult and ambiguous for them, she says.

MelaFind uses spectral light to illuminate the skin, and then provides the doctor with 3D images, as with magnetic resonance imaging. Then, the images are analyzed with proprietary algorithms that provide the doctor with data on the probability of the lesion being a melanoma based on the largest positive, prospective study ever conducted on the disease.

It’s able to non-invasively image and analyze irregular moles 2.5mm below the skin surface where a doctor can’t see unless he/she cuts,” she says.

Watching television coverage of nighttime operations during the first Gulf War, Eva Sevick-Muraca, now professor of molecular medicine at the University of Texas Health Science Center at Houston, or UTHealth, recalls that she “had the crazy idea that we could use near-infrared fluorescence for medical imaging. We don’t have any natural molecules in the body that fluoresce at these wavelengths, but if we could find a molecule that does and use it as a contrast agent, we could use harmless light for medical imaging.”

Indocyanine green, or ICG, fluoresces when illuminated with near-infrared light. Once a tiny amount of ICG is injected into the skin, the lymphatics draw the dye into the lymphatic vessels, through regional lymph nodes and beyond. When dim laser light illuminates tissue surfaces, the dye “lights” up, and NIRF-LI enables visualization of the ICG moving through the lymphatics, explains John Rasmussen, assistant professor at UTHealth. NIRF-LI can take pictures of this so quickly that it can image actual lymphatic flow.

The device is important because the lymphatics play a role in many diseases and conditions that are becoming more prevalent, including cancer, lymphedema, autoimmune diseases, asthma, chronic wounds, vascular disease and others.

Drs. Sevick and Rasmussen hope that they and their industrial partners, NIRF Imaging Inc., based in Montgomery, Texas, and Exelis Inc. of McLean, Virginia—the leading supplier of military night-vision goggles—will have NIRF-LI on the market as soon as next year.

Other futuristic devices aren’t linked to military technology. The MINIR robot, being developed by Jaydev P. Desai, professor of mechanical engineering and specializing in robotics at the University of Maryland, can remove brain tumors while causing minimal damage to healthy tissue. The robot is made of plastic so that it can be deployed in the brain while the patient is in a working MRI machine. A physician would view the brain and the robot on the MRI interface, and remotely control the robot toward the tumor. The robot would then electrocauterize the tumor and be guided back out.

The robot, whose prototype resembles a small finger, is called MINIR for “Minimally Invasive Neurosurgical Intracranial Robot.” Some tumors can’t be reached by common surgical approaches. “When surgeons try to get to a tumor, in the process you may cause trauma to normal brain tissue,” Dr. Desai says. “Our challenge is can we get to that location while minimizing the trauma and then can we get the tumor out.”

Another device Dr. Desai is working on is a special catheter. Physicians now use a catheter, which is thin and flexible, to get into the body, for example, into a vein.

What if you had the ability to control how to bend a thin robotic catheter with an integrated diagnostic or therapeutic device or both,” he says.

This steerable, robotic catheter could send in an optical coherence tomography probe for diagnostic imaging. That would let a surgeon better see what is happening inside the body. A catheter that can bend at a surgeon’s will “can get around structures in the body that you want to avoid,” Dr. Desai explains.