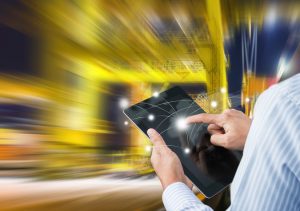 The high seas are getting connected. While oceangoing ships now can contact land via radio and satellite, in the future shipping companies will be able to track vessels and many aspects of their operations constantly, in real time.

Smart, connected technology will not just make ships more visible but also should improve safety. The record already is improving: 75 ships went down in 2014 according to the latest data available, the lowest in a decade. When the El Faro container ship was lost in a hurricane in the Atlantic Ocean in 2015, with 33 crew lost, it took almost a month to find the wreckage.

Still, “it’s not as easy to lose a ship as an airplane,” says Ørnulf Jan Rødseth, senior scientist, maritime transport systems, at the Norwegian Marine Technology Research Institute (Marintek) in Trondheim, Norway. “Today not all ships are connected, but it’s increasingly common. The crew needs to be in touch with operations at home and with families.” 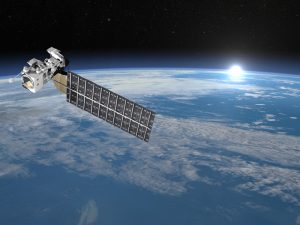 Most big container ships already have high-capacity satellite communications. “They have Internet of Things systems on board to collect data from the ship and send [it] to shore,” he says, adding that demand is strong enough that some satellite operators now focus just on shipping—and coverage is improving, especially on the Atlantic.

One possibility is that connected ships could become autonomous. “The assumption is that ships can operate more-or-less on their own in less traffic or wide fairways. But they would need remote control in congested waters,” Mr. Rødseth says.

An autonomous ship would have to be continuously monitored by a shore control center to make sure all systems are operating correctly and so that human operators could intervene if necessary, he says, similar to metro systems in some cities.

Crew negligence was associated with three of the top five causes of marine insurance claims in 2014, the most recent year for data, according to “Safety and Shipping Review 2015” by Allianz AG. The International Marine Organization tallied 1,051 lives lost in 2012, the most recent data.

Just by removing people from the ship, you remove lots of incidents and deaths in shipping,” Mr. Rødseth says. It could even affect piracy: “If you don’t have a crew on the ship, there’s no one to ransom,” he notes.

Without a crew, a ship could be configured completely differently. The crew space is proportionally greater on smaller ships, such as for inland waterways or coastal shipping. On some vessels, the crew—including cabins, workspaces, kitchen, lifeboats and so on—take up a significant part of the space, he says. Without a captain at the helm, there’s no need for a steering tower, reducing drag. For a 100-meter ship, a crew-free design could result in 25% to 40% energy savings. 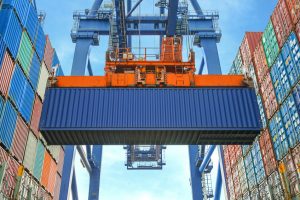 The problem is, ships are extremely expensive, so it isn’t possible to just build a prototype of an oceangoing vessel. Instead, inland waterways are likely to be the first movers, because the fleet is old and they are relatively expensive to operate, Mr. Rødseth says. In Belgium, Catholic University of Leuven is part of a group researching autonomous shuttle barges on inland waterways.

Smart, connected technology also is coming to cargo. Intermodal containers have seen improvements, such as refrigeration, since Malcolm P. McLean invented them in 1956. But nobody knows exactly how many containers are lost at sea. The World Shipping Council estimates 675 a year.

“Up to now, when ship containers are sent around the world they don’t generate any data automatically,” says Tim Baker, Traxens’ director of marketing and communications. “If a container is taken off a truck or put on rail and if somebody doesn’t note it manually, or if somebody forgets a transfer, then there’s no information system that’s aware of this, and nobody can take corrective action.”

If they know where containers are,” Mr. Baker says, “they can optimize resources, reduce transit times.”

They can also eliminate unnecessary trips of empty containers being returned to the shipyard when another empty container is heading to a different customer down the road for loading.

Previous efforts by companies to track containers tended to focus on individual units. “That isn’t scalable,” Mr. Baker says, because the company putting cargo in the container has to get a tracking device, install it, and remove it at the end of the journey, for each of many containers.

Traxens focuses on a solution for the entire industry, using technology-equipped containers that keep their tracking systems for a minimum of three years of battery life. The containers’ sensors monitor temperature, shock, vibration, humidity and so on, and communicate by radio with other containers on the ship to save battery life. Rather than each container transmitting data, the mesh of containers chooses the container best suited for transmitting—good battery level, clear view of the sky—and sends the assembled data to shore periodically using mobile-phone technology.

The shipping industry has reduced unit costs by building bigger ships, but “that way of optimizing has come to an end,” Mr. Baker says. “The next step is data.”