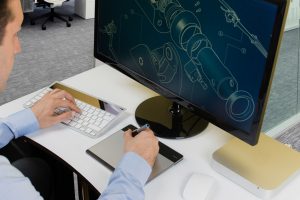 Product life cycles are shrinking fast in high-tech industries. Companies face pressure to perform on measures that often are at odds with each other: speeding up innovation, managing increasing complexity and keeping costs under control.

Most companies turn to modular architectures to break complex projects into manageable parts, according to “design rules” that organize the pieces into a hierarchy and allow for governance.

“The set of design rules determines who can access what kind of information,” explains Rick Kazman, professor of information technology management at the University of Hawaii in Honolulu. “Ignorance is strength—that fact that I don’t know, and don’t need to know, how you implement the rules you present to me is a good thing. I can only focus on so much detail. So not having to think about the details of how you do your thing frees up my mind.”

Wikispeed, a group of volunteers from around the world, used lean/agile techniques with modular architecture to develop a car with gas mileage of 100 miles per gallon, or 1.5 liters per 100 kilometers. And they did it in three months.

“It was the shortest design cycle ever from idea to road-certified vehicle,” says Joe Justice, chief executive of Wikispeed and president of hardware at Scrum Inc., a Cambridge, Massachusetts, which trains and coaches companies on implementing Scrum techniques. Scrum is an organizational framework for fast software development. 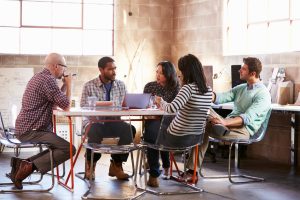 It’s an agile way to manage a project, Mr. Justice says, offering companies less complex governance. Though the idea started for software development, “all companies now are software companies,” he adds. Loosely coupled modules allow hardware, as well as software, to be developed in one-week cycles.

At this rate of change, long-term planning requires a shift toward agility, notes J.J. Sutherland, chief product owner at Scrum Inc. “People would lay out a five-year plan and spend hundreds of millions building [the product]. And halfway through, they would realize that what they were making wasn’t what they need. But they can’t change, because of the cost,” he says.

The Scrum framework involves five short, focused meetings a week, each with a specific agenda and participants trained on what they are to do in each meeting.

It’s modeled on professional sports, where everybody knows what they have to do in each play,” Mr. Justice says.

The work is divided into small modules and the teams into small cross-functional groups of three to nine people. The arrangement provides teams with both ignorance—they don’t need to get bogged down in other groups’ work—and also transparency and visibility into what is being built and what is actually going to be delivered and when.

“The act of teamwork makes everything visible. It becomes part of the actual workflow,” Mr. Sutherland says.

Maintaining independent modules allows for them to be changed without having to change the entire system. But that only works if the design rules are respected, and in the real world, many systems have design flaws, Dr. Kazman says.

“Software systems degrade,” he explains. “That means that over time, developers are going to spend more and more time and effort trying to make changes and fix bugs and deal with the accidental complexity that has accumulated. That means less energy goes into the actual business of your business, like adding features that your customers care about.” 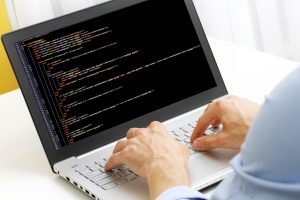 Because such degradation happens so incrementally it goes unnoticed, then ignored, until it reaches a crisis level that requires a concerted cleanup. “It becomes the new normal and people just accept it,” Dr. Kazman says. “A lot of the time, developers aren’t aware of the problems. They know they have a yucky feeling but don’t know exactly what to fix.”

Tools can help to automatically identify design flaws. Tooling can determine the number of bugs in the flawed part of the system compared with the well-structured part. At some point, continuing development with the bugs slowing everything down will cost more than just fixing the problems.

“Architects need to be proactive thought leaders in terms of promoting modularity and design rules,” Dr. Kazman says. “They need to teach, audit and give examples. They need to be the gatekeeper to ensure that the rules are followed and, if not, that there’s a conscious action to fix the problem.”