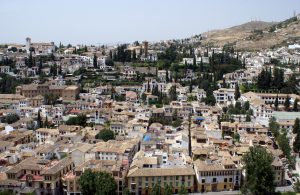 By 2050, two-thirds of the world’s population will live in cities, the United Nations Human Settlements Program forecasts. Meanwhile cities themselves are growing, with the number of megacities—those with populations greater than 10 million—expected to hit 41 by 2030, up from 28 today and just 10 in 1990.

The challenge is how to make sprawling, dense cities livable, sustainable and efficient for residents. But priorities for livability aren’t easy to define.

“If you have an older population, then things they see as priorities may be different than in a city with a huge number of young people,” says Stephen Hammer, manager of climate policy for the World Bank Group in Washington, DC. “If you have mass migration of people from the countryside, then the creation of economic opportunities and housing services may be at top of the list. For a period of time, that will be the priority, and as people begin to settle in, ideas will shift about what makes it a desirable place. It may be cleaner air, clean water, access to energy services or access to employment.”

Urban planners do their best to ensure services and amenities like transportation, sanitation, green spaces and more. However, many megacities are growing faster than city services, as informal housing springs up to accommodate the flood of new arrivals.

“People will go to great trouble to get to cities, because there are opportunities there in a way there never were in the countryside,” says Robert Bruegmann, professor emeritus of art history, architecture and urban planning at the University of Illinois at Chicago and author of the book “Sprawl: A Compact History.”

For poor families, that might require living in a slum. However, “there is self-organization to these things,” he says of slums. “You have to be able to at least wheel a cart through to all the residences. You can’t have a living space that’s inaccessible. Without any formal government, mechanisms to maintain access emerge all over the world.” 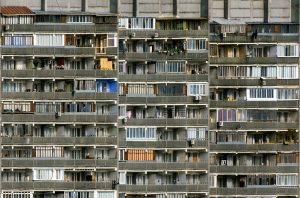 What hasn’t worked is tearing down the slums to build high-rise housing. “There is not enough public money to house everybody,” Dr. Bruegmann says. “The number of units built rarely equals the number torn down. The current accepted wisdom is ‘we’re going to have to let people do self-build housing.’”

Informal “does not equal slum,” cautions Khaled El-Araby, professor of transportation planning and traffic engineering at Ain Shams University in Cairo. The Egyptian capital ranks at No. 17 among megacities, according to Demographia, with an estimated population of 15.6 million. The informal areas are simply “built outside formal planning and building regulations of the government,” he says. “In a sense, this is not always bad. When you have a dense, compact city such as Cairo, trips between work and home usually are relatively short. They have contained economic activities there, like workshops and commerce. From an urban-planning perspective, they are OK, but we want higher building standards and a better level of access to basic services like electricity, water, sewage and transportation.”

The urban core of Cairo is very dense, with an estimated 15,000 inhabitants per square kilometer. The government has been building new planned cities to accommodate population growth, including a planned new capital city. However, less than 10% of Cairo’s population currently lives in the new cities, Dr. El-Araby notes.

While the planned cities extend mostly east and west of Cairo into the desert, apart from social/economic housing projects supported by the government, Cairo is experiencing a chronic shortage of affordable housing. So, many people opt to move to informal settlements around the urban core of the city, along the Nile—mostly on prime agricultural land, Dr. El-Araby says. 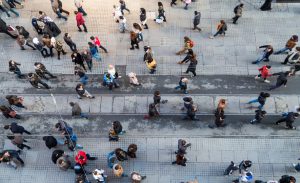 “We cannot relocate around 60% of Cairo’s population. We have to make an assessment of the informal areas that are unsafe and cannot access basic services and relocate those people to viable, serviced areas. For others, we just have to address problems like controlling expansions and residential densities and improving access to services like transportation,” he says.

Future technology might solve some of megacities’ problems. “If we can kick the carbon-fuel habit, then a key part of the argument for public transportation goes out the window,” Dr. Bruegmann says. “The issue should never be which is the best settlement pattern.

It should be how do people want to live, and then how to make that possible without doing damage to everyone else and to the environment.”

Developing countries may be able to leapfrog to new technology that makes some current problems moot. Just as one no longer needs a landline to telephone, “we may move to more decentralized energy systems, like solar panels on roof tops,” without a need to run electrical lines everywhere, Dr. Hammer says.

Technology also is aiding urban planners. Analysis of data from sensors and city systems gives decision-makers a better understanding of real use and needs and help them manage and optimize services. Modeling technology can simulate “what if” scenarios.

The World Bank developed a tool called CURB, which uses local data to provide tailored analysis that tells city officials how their decisions may affect greenhouse-gas emissions. Such applications and tools, he says, can help cities “understand which interventions can deliver the biggest bang for the buck.”