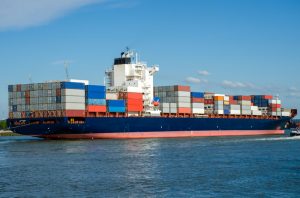 Ships are the cheapest and most energy-efficient way to transport goods around the world. Cargo vessels on average produce 15-21 grams of carbon dioxide emissions per tonne of cargo carried a kilometer—compared with 540 grams of CO2 per tonne-kilometer for air freight. Yet, global shipping is so big that it accounts for 2.6% of global CO2 emissions. That would rank it sixth globally among nations, just behind Japan and ahead of Germany.

And CO2 isn’t the only pollutant. Ships burn heavy fuel oil, which is a waste product of the petroleum industry and the reason shipping is so cheap. This fuel releases a large amount of the pollutants sulfur dioxide, known as SOx, and nitrogen oxide, or NOx.

Sulfur is one of the main challenges for the industry, with regulations cutting the sulfur content of fuel to 0.1% since the start of 2015, compared with 1% previously, for the Baltic Sea, North Sea, U.S. and Canada coasts and around Puerto Rico and the U.S. Virgin Islands.

“The big game-changer in the industry at the moment is sulfur regulations,” says Simon Bennett, director of policy and external relations at the International Chamber of Shipping, an industry group based in London. A cap at 0.5% sulfur content, from 3.5%, is supposed to go global in 2020, with the tighter limits continuing in certain coastal areas, he says. 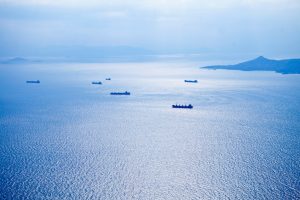 One low-hanging fruit in the quest for sustainability is slow steaming. When the global economic crisis hit in 2008, ship owners found it was more profitable to have all their ships busy at sea, even if half empty, rather than at berth, says Sotiris Raptis, shipping and aviation officer at Transport & Environment, a Brussels-based nongovernmental agency that promotes sustainable transportation policy at the European Union and global levels.

In an attempt to prevent freight rates from falling due to depressed demand after the 2008 economic crisis and in order to reduce consumption of fuel—which makes up 70% of operating costs—ships slowed down. Fuel consumption is proportional to the cube of the ship’s speed, so at the upper limit, going a little bit faster requires a lot more fuel.

“You’re carrying the same freight weight the same distance. But your costs are much lower,” explains Bill Hemmings, director, aviation and shipping at Transport & Environment.

By extension, lower fuel consumption means lower emissions of CO2, NOx and SOx, Messrs. Hemmings and Raptis say. Shipping emissions fell 10% since 2008 thanks to slow steaming, and even though global trade has picked up again, slow steaming continues.

In addition, “there are a lot of incremental measures that ship operators are looking at,” says Paul Gilbert, lecturer in climate change, sustainability and project management at the University of Manchester in the U.K. “For example, weather routing, propeller arrangements, altering the trim, looking at the substructure of the hull, using different paints and microbubbles under the vessel.”

Other technologies involve bigger changes, such as wind power. That can be with fixed sails, Mr. Hemmings says, or kite-like sky sails for routes with favorable trade winds.

“Funnily enough,” he says, “shipping is the only mode of transport that came from a sustainable origin, and it is going to have to go back to that technology.” 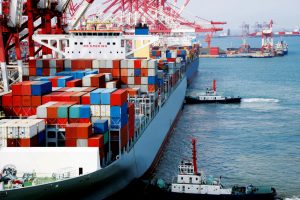 More advanced technology requires a bigger investment, but ship owners don’t get the benefits because they aren’t the ones paying for the fuel.

“The interests are split,” Mr. Raptis says. “The charterer”—a retailer or manufacturer—”rents the ship and pays for the fuel. The market doesn’t know how efficient ships are.”

In 2015, the EU adopted a requirement that, from 2018, ships calling at EU ports report their emissions, which will give charterers a way to compare individual ships.

Emissions aren’t the only sustainability issue in shipping. The International Maritime Organization (IMO) requires that new ships treat ballast water, which is pumped in to stabilize ships when they aren’t carrying cargo, says Mr. Bennett of the ICS. Treatment will keep invasive species from being transported in the water to foreign habitats around the world. Some existing ships will probably need to be retrofitted with very expensive treatment systems from next year or shortly after.

Ship recycling is another area of concern. The IMO adopted the Hong Kong Convention for ship recycling in 2009, but it hasn’t yet been ratified by the requisite 15 nations with a sufficient presence in world shipping and ship recycling. The EU stepped up pressure with a similar measure, calling for an inventory of hazardous materials, including their weight and where on the ship they are used, with some materials, such as asbestos, prohibited. The EU regulation will apply to EU-flagged ships as well as other ships calling at EU ports.