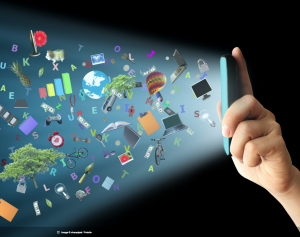 In cities around the world, street lamps are being tapped as an ideal platform for jump starting smart city development. Initially, cities began replacing legacy street lighting with LED bulbs equipped with motion sensors to turn the lights on only when a human being entered the area, boosting the already considerable energy savings of LED technology. Now, cities are realising they can also equip the LED chipboards on these pervasive networks with an extraordinary range of micro-processors and sensors – among them, smoke detectors, noise detectors, pollution meters, seismic activity detectors, weather sensors and smart video cameras – to dramatically expand their lamp post arsenal’s role in shaping the intelligent, connected cities of tomorrow.

And now, if the International Consumer Electronics Show (CES) is any indication, it seems vendors interested in shaping the next generation of smart homes are also turning to light fixtures as a primary sensory platform. Several startups and incumbent lighting vendors showcased Internet-connected LEDs that are beginning to go far beyond just customisation and remote control of home lighting.

For example, Stack Lighting touted LED lights that can sense motion, ambient lighting and temperature. To realise the value in these sensing capabilities, the lights can be networked with climate-control systems like Nest. However, one of most interesting thing about this lighting system is Stack’s claim that its lights are so smart, consumers don’t need a smartphone app to control their features and functions: once configured, the lights, in tandem with other home systems, simply adapt to the customers’ behaviour and the environment to deliver the right ambient home experience for them.

While it may be up in the air as to which “thing” – if any one thing – in the home becomes the central hub for sensing and control, it was clear from CES 2015 that smart home systems are edging toward a new world of “ambient intelligence.”

Ambient intelligence is a concept developed in the late 1990s to describe an era when ubiquitous computing, networked devices, environmental inputs and human behaviour would come together to in such a seamless way as to render technology wholly invisible, with each human being enjoying an experience that perfectly anticipates and adapts to their unique needs and preferences.

This is the world Alphabet Inc.’s (formerly named Google) CEO Eric Schmidt alluded to at the 2015 World Economic Forum in Davos. Asked for his prediction on the future of the web, he responded: “I will answer very simply that the Internet will disappear.” He went on to explain, “There will be so many IP addresses…so many devices, sensors, things that you are wearing, things that you are interacting with that you won’t even sense it…It will be part of your presence all the time. Imagine you walk into a room, and the room is dynamic. And with your permission and all of that, you are interacting with the things going on in the room.” The result? “A highly personalised, highly interactive and very, very interesting world emerges.”

As CES 2016 approaches, it will be interesting to see if “No app needed!” becomes a mantra of more and more vendors, to see if technology continues to render itself less and less visible, and if people, places and things continue to synthesise into wholly unique, adaptive experiences.

Neno is Marketing Director for High-Tech at Dassault Systèmes, one of twelve industries DS works with today. He is passionate about Systems Thinking, Sustainable Innovation … and music. https://twitter.com/neno3ds