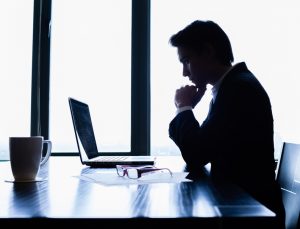 Not only can virtual training teach soft skills like leadership, such an approach might be better suited to today’s and tomorrow’s work environments.

“Virtual training is increasing dramatically for a lot of good reasons,” says Rick Lepsinger, president of OnPoint Consulting, a New York provider of virtual instructor-led training and e-learning. “A lot more organizations are geographically distributed. Virtual training reduces travel costs—you don’t have to pay a consultant to come to you, or for folks to go to a central location, with a day of travel each way plus the day of training. It’s much more efficient. It’s more scalable. The technology is better and better.”

Above all, it increasingly reflects real life.

Why learn to coach face to face when in the real world you have to coach virtually? It’s better to learn and practice the skill in the same way you would actually have to use it,” Lepsinger said.

“Some technology allows you to put people into small groups where they have a conversation and then come back to the big group. We often use these breakout groups for self-assessment and case studies,” Mr. Lepsinger says. 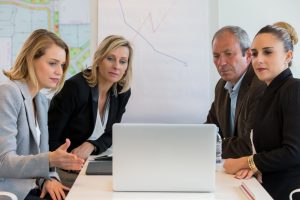 Some programs combine virtual instructor-led training and e-learning. The latter tends to be self-directed, without an instructor, and the students work alone at their own pace. “E-learning is good for concepts or skills you can learn by reading or written exercises,” he says, such as time management, building trust or critical thinking.

Virtual instructor-led training is appropriate when the skill benefits from interaction with humans or from actually practicing something, as opposed to thinking about how you would do it. Leadership skills such as coaching, managing conflict, inspiring and motivating, and building great teams all are better taught with an instructor, including a virtual one, he says.

Although cultures differ around the world, “ideas about leadership are pretty much the same,” Mr. Lepsinger says, “like giving feedback. In the U.S. or Scandinavia, they may be more direct; in Japan, they may be more subtle.” Regardless of the local culture, employees need to know how they’re doing. “We teach how to give feedback in a balanced way, how to focus on behavior,” he says. “The specifics of how you present it to someone might be different in different countries.”

The main adjustment for international audiences is to speak slowly for participants who aren’t native English speakers. Many international companies use English as a common language, but some individuals feel more comfortable writing in a chat room or on a white board rather than speaking, Mr. Lepsinger says.

Some leadership training focuses on communication skills, including projecting and interpreting nonverbal signals. That also is changing with remote work environments.

Video conferences in the workplace can still involve body language, such as facial expressions, but much of our communication is by instant message, email or phone calls, says C. Matt Graham, assistant professor of management-information systems at the University of Maine in Orono, Maine.

Millennials, who are mostly in their 20s, grew up in a digital environment. “They do most of their communication digitally,” he says. “It’s a way of communicating that earlier generations would find out of the norm.” 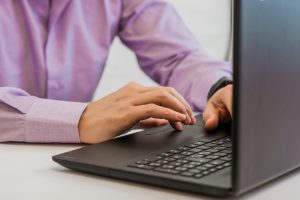 At the same time, at work, “we no longer, in virtual environments, care about your presence. We just want you to get the job done,” Dr. Graham says. That, combined with millennials’ motivations that in general are different from previous generations, means the very definition of leadership is changing.

“We’ve moved past the idea of a leader being a guy in a suit,” he says. “Millennials share and see power in the collective.”

“You can have an actual conversation with a virtual assistant,” Dr. Graham says. “It’s a different set of dynamics. It will have an impact on managers’ roles in teams.”