In big cities, everything – buildings, lifestyles, the environment, government, transportation networks, and its inhabitants – is structured into an ecosystem where resiliency and adaptability are essential to ensure sustainability.

Observing nature can be a source of inspiration. We can even think of nature as a giant laboratory, studying its strategies to adapt to disruption.

Biomimicry involves understanding and emulating what nature does best in order to design innovative systems. The research teams at Dassault Systèmes use biomimicry as an innovation process to develop new approaches to urban planning through two problem-solving models: Physarum and Swarms.

The first approach is derived from observing physarum polycephalum, a single-cell organism made up of multiple nuclei that can reach a size of several dozen centimeters. This slime mold, although brainless, is capable of learning and can solve problems, such as finding the shortest path through a maze or establishing the most efficient network. Its protoplasmic membrane forms tubes to expand and explore all possible paths before sticking with the most efficient ones to reach sources of food. This behavior has become a source of inspiration for building models to solve the shortest path problem in a graph, and is particularly relevant in designing transportation systems. The second model, Swarms, is a socio-economic system for distributing agents in cities. The agent, representing a bee in a swarm, is an individual who builds on specific features of the urban fabric to optimize a budget allocated every month. The agent’s aim is to maximize well-being by finding a balance between the amount of rent paid, home surface area, and time spent traveling to work, shopping areas and parks. 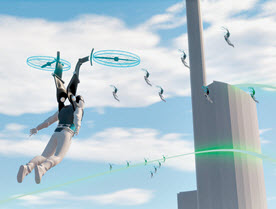 The two approaches were integrated into 3DEXPERIENCity. The main new feature is that the research teams are getting them to work together, integrating the outcomes from one model as a starting point for the other. Aggregating data in this way considerably increases the number of potential solutions. Scientific literature generally presents applications of models designed using limited data. As a result, their findings are less coherent with the reality of industrial or urban planning issues. For example, agent models are often used and are relevant for calculating distances based on swarm behavior in birds. But when they interact with the Physarum model, they can incorporate data from a realistic transportation network. Today, these research-based biomimetic approaches do much more than just demonstrate feasibility.

They can be integrated to help urban authorities in cities that already have a digital twin – such as Rennes and Singapore, which have been using the 3DEXPERIENCE platform for several years – and, more broadly, applied to any cities with usable data. Bio-inspired cities clearly have a bright future and were a fitting topic of exploration to stimulate the creative thinking of participants at the hackathon organized during Milan Design Week in April 2018.

An entire city in 3D

According to the traditional rules for a hackathon – a term that combines “hack” and “marathon” to refer to an intensive collaborative research event taking place over a short period – each team was tasked with designing an innovative, nature-inspired mobility concept to shape the city of 2050.

The solution had to be demonstrated using immersive 3D technology and it had to render its experiential aspect using the 3DEXPERIENCE platform. Prior to the Design in the Age of Experience event in Milan, participants took part in a preliminary workshop so that they would be technically familiar with the system on the big day. Teams were given a 3DEXPERIENCity model of Milan and access to the full CATIA Design software suite on the platform.

The judges were looking for innovative concepts, along with high-quality design and experiences, especially in terms of ergonomics. Following a hectic 24 hours, the five teams delivered some surprising solutions. 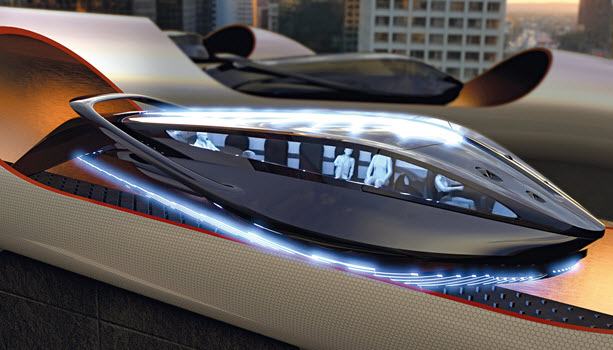 The first, Wind Flower City, designed an electric energy-generation system for cars using wind power captured from trees. Another team invented a mobile transport unit, or MTU, based on a few simple design parameters, including a 360° view and the ability to move in all directions, even up and down. Three versions of the unit were designed: a Basic MTU for standing passengers; a Premium MTU with four seats; and the two-seater Business MTU.

The concept presented by the winning team, Drone Flyback, put forward the idea of delivering all flows – services, goods, freight and energy – underground and leaving the surface to trees and nature. People living in the city move about through the air using jetpacks. Aerial traffic routes are shown by green lines, along which people fly about in their jetpacks like flocks of birds. The electric jetpack is charged by walking and by induction, through the soles of the user’s shoes.

Two other awards were given. One went to the City Capsule concept, inspired by the way in which plants and flowers find solutions to get more light. Lightweight infrastructure was used to develop an urban transport network featuring capsules that can be shared to reduce traffic and soil pollution.

The second award went to the City Tube project. Modeled on the Hyperloop, the project included an entire network of interconnected stations enabling urbanites to zip through the city inside transportation pods traveling through low-pressure tubes. The concept was based on an innovative magnetic induction mechanism embedded in the ground. The capsule itself was influenced by the most energy-efficient movements the designers could find among the animal kingdom: the flowing movements of whales and sharks.

The result was a solution that combines aerodynamics, aesthetics and comfort.

The demonstrations were conclusive: Tomorrow’s cities are likely to reintegrate the experience of nature and take inspiration from it. They will invent new forms and new uses. But between now and 2050, our cities must respect their historical heritage, drawing on certain remnants of their past. A city’s heritage, often exceptional, must be cared for, wherever in the world it is located.

Conserving its heritage is one of the many concerns of the municipality of Jaipur, the capital and largest city in the Indian state of Rajasthan. Founded under the Mughal Empire at the start of the 18th century, the pink city presents displays great architectural unity and holds UNESCO World Heritage status. 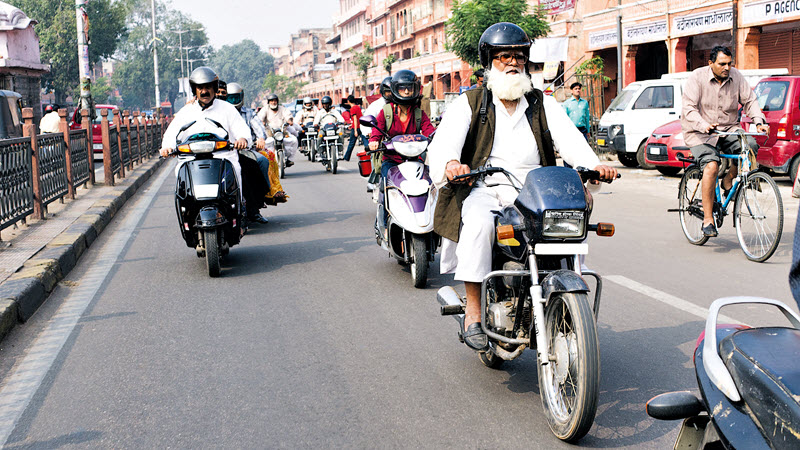 Jaipur has adopted the 3DEXPERIENCE platform to connect all administrators in a single digital repository in order to plan, analyze, simulate and optimize services and infrastructure to provide residents with a better citizen experience and improve their quality of life. Jaipur is one of 100 cities being used as development models in the Smart Cities Mission, an initiative launched by the Government of India.

The 3DEXPERIENCE platform will provide all city administrators with access to the city’s digital twin. Currently, most of the many municipal agencies work in silos. The platform will enable all departments to work closely together to optimize planning based on analyses and simulation studies in a 3D city context.

How can Jaipur be a city desired for living and visiting? Today, many projects, such as the construction of a bridge, are rejected by citizens because it will reduce vegetation. City leaders therefore want to involve residents in planning and decision-making to properly manage conflicts and objections. A 3D model is undoubtedly the best way to communicate because it can provide tangible elements for analyzing citizens’ opinions, increasing renewable energies, optimally positioning video surveillance cameras and improving mobility. For example, by assessing the amount of rainwater recovered from each building, authorities can anticipate whether the volume collected is sufficient to meet residents’ daily needs,or whether they will need an additional supply of public water. The 3DEXPERIENCE platform helps involve citizens and businesses to optimize services and ensure pleasant experiences. The cities of tomorrow will be both more sustainable and more socially responsible.

The 3DEXPERIENCE platform holds great promise to help the leadership in Jaipur involve citizens and businesses to optimize services and ensure pleasant experiences. It offers an unparalleled means for helping cities like Jaipur be more sustainable and more socially responsible, and desirable for both residents and visitors.