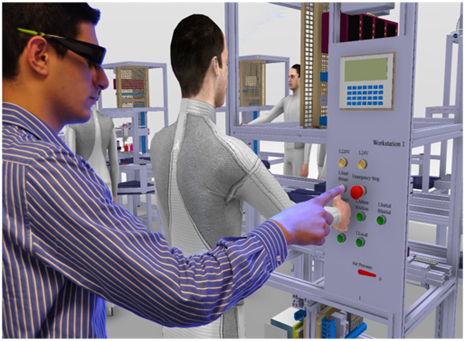 Already as an undergrad in Beirut, Ziad (the real person on the picture) was passionate about manufacturing engineering and member of the Institute of Industrial Engineers student chapter at the Lebanese American University.

Ziad came to France for his graduate studies.  In  September 2010 he defended his Master project at Nancy University.  The project  completed his Dassault Systèmes internship.

Creating a learning lab lifelike avatar  is an old educators’ dream. Lecture virtualization  is a done deal thanks to various  e-learning and recording techniques. But when it comes to a technical experimentation environment, the virtual model should reproduce real-world behavior and react according to learner’s interactions.

Ziad’s project was to virtualize the Nancy learning lab. Here’s a video showing one of his virtual scenarios:

This scene shows a specific use of the lab: no need for a student or an educator to book the real equipment -especially when in use- to test a new idea or mature a project.

Ziad used CATIA V6 and DELMIA Automation V6 to create the “Flexible Production System” lab avatar. He based his model on the real Nancy lab that he used when studying there.

The Nancy lab  is an advanced learning environment shared by many engineering schools.  For example, the lab is part of  a nationwide French consortium in which Dassault Systèmes has always had an active role, the “AIP Primeca”.

Next Step to Involve Mexico

There are currently six worplaces in the lab where students can program their scenario in context. The seventh will be the virtual one, first accessible locally, then from a partnering university in Mexico. Students there will receive credit within a newly created, international, double diploma while programming the avatar lab and testing their 3D-validated program remotely in the real lab.

Other learning experiences are available on the DS Education Lab. 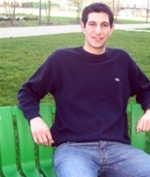 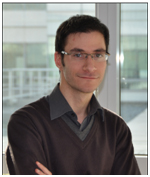