Since the 1970s, automation has eliminated the jobs of millions of bank tellers, retail cashiers, travel agents, airline front-desk workers and manufacturing employees.  As automation becomes more widespread across our world, more jobs such as truck drivers, airline pilots and even medical doctors are now at risk. 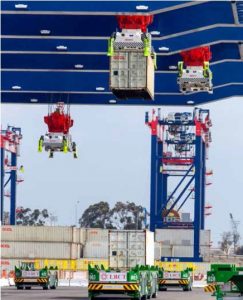 Since the Industrial Revolution began replacing workers with machines in the late 18th century, technology has been changing the nature of work. For every painful job loss, however, the economy generally created one or more new jobs in more advanced industries. Displaced workers had to retrain for the new jobs, but jobs still existed for those willing to learn new skills.

But with today’s cutting-edge technologies – artificial intelligence, robots, automated big data analysis, the Internet of Things, nanotechnology and 3D printing, among others – many experts believe the world is at an important inflection point that may change work so dramatically it will become virtually unrecognizable.

How many jobs are we poised to lose?  Is your job function at risk? What will be the impact on society?  To discover more, “The Future of Work” in the new issue of Dassault Systèmes Compass magazine.